The two chapters of Revelation 13 and 14 speak about the two great beasts that will play a major role in the end time scenario. In Revelation 13, the first beast, the Papacy, rises from the sea and has seven heads and ten horns, it is wounded but its “deadly wound was healed.” For more on this topic, check the following link: https://bibleask.org/who-is-the-beast-of-revelation-13/

The second beast has two horns like a lamb and speaks liked a dragon (Revelation 13:11). The second beast represents the USA and comes on the scene and is ready to make an image to the first beast. It tries to force everyone on earth to worship the first beast. For more on this topic, check the following link: https://bibleask.org/who-is-the-second-beast-of-revelation-13/

It appears that Christians today are the last generation according to the Bible. This generation is going to see political and religious forces within America encouraging the Protestant, Catholic and Orthodox churches to unite and form a one-world church that challenges God’s law for the sake of false unity, prosperity and peace.

However, there will be a people who will remain true to God and refuse to receive the mark of the beast. These people are described in the Bible as “those who keep the commandment of God and the faith of Jesus” (Revelation 14:12). Led captive by Satan’s deceptions, the world will surrender to the beast and its image, and do its dictates and decrees (Revelation 13:8). The saints, on the other hand, will refuse to obey its commands. And they will keep the commandments of God listed in Exodus 20:3-17.

The special point controverted will be the fourth of the Ten Commandments for it is the only commandment that is broken today by most Christians. There is general agreement among Christians that the other nine are of universal obligation.  But early in the Christian times, people began to set aside the seventh-day Sabbath and substitute it with the keeping of the first day of the week as the day of worship (Daniel 7:25).

The final test will take place when world powers turn against God’s people and force a decision for or against God’s kingdom. This conflict will spot-light the fourth commandment, the law that focuses on the seventh day Sabbath and God as Creator (Exodus 20:8-11). The crisis will come when symbolic Babylon prevails upon the state to enforce Sunday observance by civil law and seeks to punish all dissenters (Revelation 13:15-17).

That’s why the first angel’s message warns us to “worship Him who made heaven and earth, the sea and springs of water” (Revelation 14:7). The good news is that those who choose to keep God’s law will triumph (1 John 5:3; John 14:15). Jesus assures His children saying, “he who endures to the end will be saved” (Matthew 10:22). 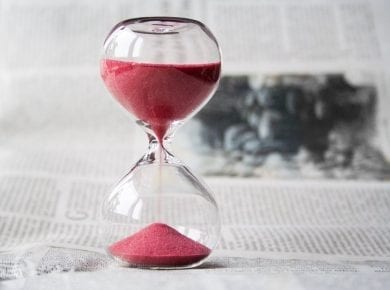 This answer is also available in: हिन्दीThere is a great danger in setting dates for the second coming of Christ. And Christians need to know what the Bible has to…
View Answer 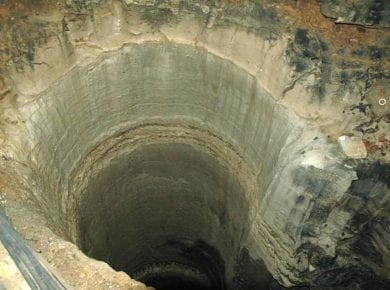 This answer is also available in: हिन्दी“Then I saw an angel coming down from heaven, having the key to the bottomless pit and a great chain in his hand. He…
View Answer