Thank you for contacting BibleAsk.

Although Paul was not one of the twelve apostles, he was certainly an outstanding apostle of the Lord. He is regarded as one of the most important figures of the Apostolic Age as he spread the gospel of truth to many parts of the world during the first century.

Paul was born as Saul in Tarsus in Cilicia around A.D. 1–5. He was of Benjamite lineage and Hebrew ancestry (Philippians 3:5–6). His parents were Pharisees who adhered strictly to the Law of Moses. He was also a Roman citizen (Acts 22:27).

At a very early age, he mastered the Jewish faith under rabbi Gamaliel. After his early training, Saul set to become a lawyer and a member of the Sanhedrin. He was very zealous for the Jewish faith and was present at the stoning and death of the first martyr of the church Stephen (Acts 7:58). Later on, he took an active role in persecuting the early church using brutal violence (Acts 8:3).

Thankfully, the grace of God changed his life when he met Jesus Christ on the road to Damascus (Acts 9:1-22). Saul saw a bright light from heaven. And he heard Jesus saying, “Saul, Saul, why are you persecuting me?” He responded, “Who are you Lord?” Jesus answered directly and clearly, “I am Jesus, whom you are persecuting” (v. 4-5). After this encounter, he gave his life to the Lord and the Holy Spirit converted and changed his life completely. From that point on, his name became known as Paul (Acts 13:9).

The Apostle Paul spent the rest of his days preaching the risen Christ Jesus throughout the Roman world, during which he faced great trials and persecutions (2 Corinthians 11:24-27). His ministry was directed to the Gentiles. And in the mid-30s to the mid-50s AD, he established several churches in Asia Minor and Europe.

Today, Paul’s letters to the churches form an essential basis to the theology, worship, and pastoral life for the Christian church. His 13 “books” constitute the “Pauline Authorship.” It is believed that Paul died a martyr’s death in the mid-to-late 60s A.D. in Rome. 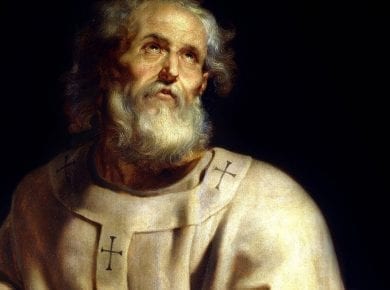 Table of Contents At PentecostHis evangelismHis literary workHis Death Jesus promised Peter before His crucifixion that he will have a specific role in spreading His truth in the early church.…
View Answer 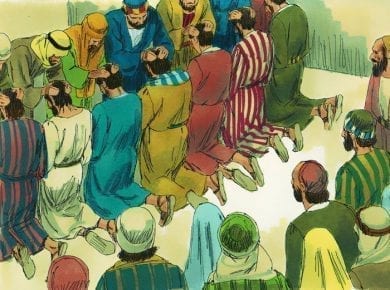