Zeal for God is revealed in the fervent service for Him and in the diligent walking in His path. Thus, there is no place for a halfhearted worker in the service of the Lord.

The right kind of zeal

In the Old testament, David wrote, “Because zeal for Your house has eaten me up, and the reproaches of those who reproach You have fallen on me” (Psalm 69:9). David showed his zeal to God in bringing the ark of the covenant to Mount Zion (2 Samuel 6:12–19); in wanting to build a sanctuary for the Lord in Jerusalem (2 Samuel 7:2); in gathering material for the building which he was not allowed to erect (1 Chronicles 28:14–18; 29:2–5); and in teaching Solomon to respect the Temple (1 Chronicles 28:9–13).

In the New Testament, Jesus showed a great zeal for God’s temple when He drove the money-changers and bargaining merchants from the Temple grounds. And the disciples remembered David’s prophecy concerning the Messiah (John 2:17). Jesus wholeheartedly desired that His Father’s house should be used entirely for the purpose to which it had been dedicated which is worship (Exodus 25:8, 9; Matthew 21:13). When the religious leaders defiled it with unholy transactions of buying and selling, the Father’s zeal burned in Jesus’ heart for loyalty to Him was His consuming passion.

The wrong kind of zeal

The Jews prided themselves upon their zeal for God and for His holy law (Acts 21:20; 22:3; Galatians 1:14). And Paul has well described their fervor in matters relating to religion during that period. But the sad history of the Jews was that, in spite of their great religious zeal, they did not obtain righteousness of God. For they rejected the Messiah and crucified Him (Luke 24:20).

As for their “zeal” for the law, Paul wrote, “Israel, pursuing the law of righteousness, has not attained to the law [of righteousness.  Why? Because they did not seek it by faith, but as it were, by the works of the law. For they stumbled at that stumbling stone” (Romans 9:31–32). Israel tried to keep “a law of righteousness” but was not successful in keeping that law. The reason for their failure is that righteousness based on law demands the perfect keeping of that law, and this obedience no one can do in his own power.

Therefore, the Jews could not attain the high standard of the law and the righteousness they were seeking. Consequently, their religion was merely legal and formal in every way. Their outward show of external obedience was only a cover for internal unfaithfulness (Romans 2:17–29). All they needed to do to heal their hearts, was to accept the Messiah and His saving grace and be empowered by His strength to obey.  “Therefore, if anyone is in Christ, he is a new creation; old things have passed away; behold, all things have become new” (2 Corinthians 5:17). 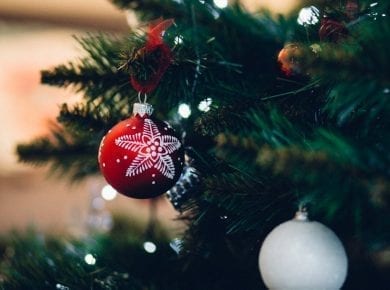 This page is also available in: العربية (Arabic) हिन्दी (Hindi)The Bible does not give the exact date for the birth of Christ. And there is no command to keep the…
View Answer 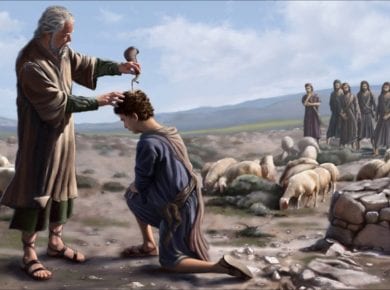 This page is also available in: العربية (Arabic) हिन्दी (Hindi)This story of how David was anointed to be king and his fight with Goliath is found in 1 Samuel chapters…
View Answer