What the word Babylon means depends upon the language in which it is spoken. In Babylonian,  the word “Babylon” is divided into two separate words:  Bab–ilu which means “gate of the gods.”  However, in Hebrew the word is associated with Balal. This means “to confuse by mixing” (Genesis 11:9).

In Greek, the word Babylon as used mainly in the book of Revelation. It is defined as simply meaning “confusion.” The word Babylon in this context refers to an evil and persecuting city that is destroyed for its wickedness (Revelation 18).  It is symbolic of the state of affairs just prior to the second coming of Jesus Christ (Revelation 19).

The word Babylon has served to denote different things based on the context. For example, within many Christian denominations, the term Babylon is used to denote a state of apostasy within a location such as a church or nation. Among Rastafarians, a Jamaican religious movement, the word Babylon has a unique meaning. It is used as a negative term for aspects of a society seen as corrupt.

In regard to the origin of the word Babylon, this is based on the origin of the city itself which was the capitol of Babylonia, a region being formed around the third millennium BC. It was a city that has gone through many phases and leaders as well as rises and falls.

Nimrod was the first founder of Babylon. In that area he built the tower of Babel, which we read in Genesis 10:10; 11:1–9. From the very beginning, the city was emblematic of disbelief in the true God and defiance of His will (Genesis 11:4–9). Babel became a citadel of rebellion against Him. For this reason, God saw fit to destroy the tower of Babel and to scatter its builders (Genesis 11:7, 8).

The Rebuilding of Babylon

Nebuchadnezzar II rebuilt the ancient city of Babylon and it became one of the wonders of the ancient world. The kingdom of Babylon was situated in ancient Mesopotamia. It was built on the Euphrates river and thus had its own water supply. This watered the many gardens it contained, such as the hanging Gardens of Babylon.

King Nebuchadnezzar’s plan was to make his kingdom universal and eternal (Daniel 3:1; 4:30). This proved to be a success to the extent that, in splendor and power, the new Babylonian Empire surpassed its predecessors. However, it also became prideful and cruel. It conquered God’s people and threatened to defeat His purpose for them as a nation. God humbled Nebuchadnezzar (Daniel 4), but his successors refused to humble themselves before God (Daniel 5:18–22). Eventually the kingdom was weighed in the balances of heaven and found wanting (Daniel 5:26–28).

The great city of Babylon became one of the capitals of the Persian Empire. However, it was partly destroyed by Xerxes, a Persian king. Eventually, the city was further destroyed by Alexander the Great  in 331 BC. Babylon is said to be the place where Alexander the Great died in 323 BC. Centuries BC the Neo-Babylonian Empire gradually lost more of its importance. The Chaldean Empire was the last to overtake it and toward the close of the 1st century AD. The great city ceased to exist (Isaiah 13:19; Revelation 18:21).

Isaiah identifies Lucifer as the invisible king of Babylon (Isaiah 14:4, 12–14). It appears that Satan designed to make this city as the center and agency of his master plan. Satan was focused to secure control of the human race, even as God purposed to work through Jerusalem. Thus, throughout Old Testament times, the two cities typified the forces of evil and good at work in the world.

Christians, toward the close of the 1st century AD, were already referring to the city and empire of Rome by the cryptic title Babylon (1 Peter 5:13). By that time, this once magnificent city laid in ruins. It was a graphic illustration of the impending fate of mystical Babylon.

In the book of Revelation, the word Babylon meaning is also used as a symbol of a wicked city. This city symbolizes the persecuting powers of the world. It is the name put on the forehead of a wicked woman who embodies this city. “…The woman was arrayed in purple and scarlet color, and decked with gold and precious stones and pearls, having a golden cup in her hand full of abominations and filthiness of her fornication: And upon her forehead was a name written, Mystery, Babylon The Great, The Mother Of Harlots And Abominations Of The Earth.” (Revelation 17:4-5). The fall of this Babylon would be the beginning of the end of all evils.

“And another angel followed, saying, ‘Babylon is fallen, is fallen, that great city, because she has made all nations drink of the wine of the wrath of her fornication.'” -Revelation 14:8

Thus, Babylon, both literal and mystical, has long been recognized as the traditional enemy of God’s truth and people (Revelation 17:5; 18:24). Often times it is used in prophecy, such as the book of Revelation, to depict this. 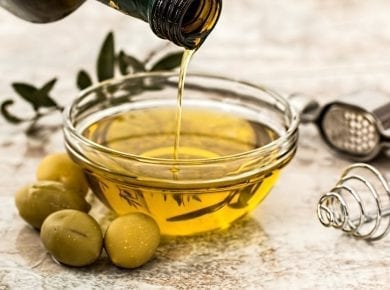 This page is also available in: हिन्दी (Hindi)In the Bible, oil is a symbol for the Holy Spirit (Matthew 25:1-13). True Christians have the promise for the presence of the…
View Answer 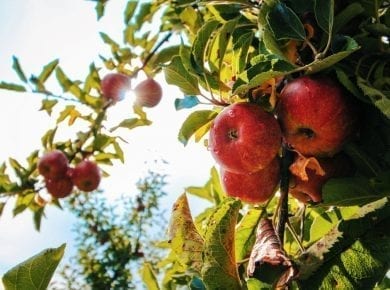 This page is also available in: हिन्दी (Hindi)The Bible does not mention how long Adam and Eve stayed in the Garden of Eden.  But we can speculate based on the…
View Answer