Home Bible Who was Nebuchadnezzar in the Bible?

God revealed to Nebuchadnezzar in a dream that the course of history was ordained by the Most High and subject to His will. Nebuchadnezzar was shown his place of responsibility in the plan of Heaven, in order that he might cooperate with God (Daniel 2).

The king saw a statue with a head of gold and the parts of the body, comprised of silver, bronze, iron, and iron mixed with clay. Nebuchadnezzar sought the help of his wise men to interpret this dream but no one was able to do so. In anger, he ordered that all the wise men to be killed.

But Daniel intervened and prayed to God to give him the meaning of the dream. And the Lord answered his prayer showing the king that he was the head of gold and that his kingdom will be followed by kingdoms of lesser power. Then, Nebuchadnezzar declared to Daniel, “Truly, your God is God of gods and Lord of kings, and a revealer of mysteries, for you have been able to reveal this mystery” (Daniel 2:47).

With time, Nebuchadnezzar’s heart was swept away by pride. And in an attempt to glorify himself, he made a golden image of gold representing him and commanded that all people should worship the image (Daniel 3). But Daniel’s three friends, Shadrach, Meshach, and Abednego, didn’t obey the kings command. So, the king threw them into the burning furnace. But the Lord saved them miraculously.

And the king seeing the power of God and His protection, declared, “Blessed be the God of Shadrach, Meshach, and Abednego, who has sent his angel and delivered his servants, who trusted in him, and set aside the king’s command, and yielded up their bodies rather than serve and worship any god except their own God. Therefore I make a decree: Any people, nation, or language that speaks anything against the God of Shadrach, Meshach, and Abednego shall be torn limb from limb, and their houses laid in ruins, for there is no other god who is able to rescue in this way” (Daniel 3:28–29).

In mercy, God gave Nebuchadnezzar yet another dream that he may walk humbly before Him (Daniel 4). But the king didn’t submit to God. And as the dream predicted, he was punished with insanity and lost his position as a king for seven years. When he finally repented, and realized that he was subject to the Creator, God healed him and he was restored to his kingly position.

In gratitude, Nebuchadnezzar praised God saying, “For his dominion is an everlasting dominion, and his kingdom endures from generation to generation; all the inhabitants of the earth are accounted as nothing, and he does according to his will among the host of heaven and among the inhabitants of the earth; and none can stay his hand or say to him, ‘What have you done?’ … “Now I, Nebuchadnezzar, praise and extol and honor the King of heaven, for all his works are right and his ways are just; and those who walk in pride he is able to humble” (Daniel 4:34–37). 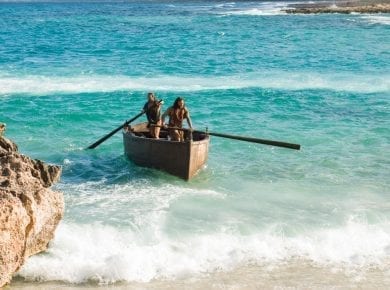 Andrew (Greek Andreas) means “manly” or “a man.” Andrew was one of Jesus’ twelve disciples (Matthew 10:2) but he did not become one of the inner circle. Matthew and Luke…
View Post

“But this thou hast, that thou hatest the deeds of the Nicolaitanes, which I also hate” (Revelation 2:6). The Nicolaitanes is one of the heretical sects that plagued the churches…
View Post