Why are there two Babylons?

The answer is found in the fact that the prophecies given by Isaiah, Jeremiah, Ezekiel, etc., have a double application—one to be fulfilled locally; the other to be fulfilled on a worldwide scale in the last days when spiritual Israel ( the church) will take the place of the literal Israel as God’s true chosen people.

There is a clear parallel that exists between what happened to ancient Israel and the events concerning spiritual Israel in Revelation 16:12-16.


The special point of future controversy will be the fourth of the Ten Commandments – the seventh day Sabbath. The Bible predicted in Dan. 7:25, that the little horn (papacy) will attempt to change God’s law. And this happened when early in the Christian Era men began to set aside God’s seventh-day Sabbath and worship instead on the first day of the week. It should be noted the there is not a single verse in the Bible that supports Sunday observance.

The crisis will come when spiritual Babylon prevails upon the state to enforce the Mark of the beast which is Sunday observance by civil law and seeks to punish all dissenters “He causes all, both small and great, rich and poor, free and slave, to receive a mark on their right hand or on their foreheads, and that no one may buy or sell except one who has the mark or the name of the beast, or the number of his name” (Rev. 13:16–17).

The Bible describes God’s end time saints saying, “Here is the patience of the saints: here are they that keep the commandments of God and the faith of Jesus” (Revelation 14:12). Deceived by Satan’s lies, the world will bow to the beast and its image, and carry out its decrees (Rev. 13:8). But the saints, on the other hand, will refuse to obey its man-made commandments. Instead they will obey the commandments of God through His enabling grace by faith (Romans 8:3, 4).

For more information, check out: 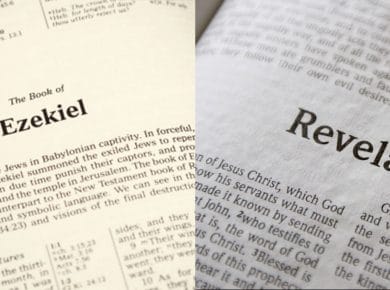 The purpose the seventy weeks prophecy in Daniel 9 was to give the precise time of Christ’s first coming and the main events in the Savior’s lifework. “Seventy weeks,” said…
View Answer