The name Ezekiel means the person that “God will strengthen.” We don’t know much the private history of the prophet except what his book records. Ezekiel is not mentioned in any other Old Testament books. And the prophet’s messages are not directly quoted in the New Testament. Outside the Bible, he is mentioned only by Josephus (Antiquities x. 5. 1; 6. 3; 7. 2; 8. 2).

Ezekiel named himself “the priest, the son of Buzi” (ch.r 1:3). It is not know who Buzi was. The Bible says that Ezekiel was among “all the princes, and all the mighty men of valour” (2 Kings 24:14) who were taken away in Jehoiachin’s captivity (597 B.C.; Ezekiel 1:2). This proves that he was possibly a member of Jerusalem’s nobility. Also it is not knowm how old he was when the captivity took place. According to Josephus, the prophet was a young man then (Antiquities x. 6. 3).

Unlike Jeremiah, who remained unmarried (Jer. 16:2), Ezekiel married. And he valued his wife as the desire of his eyes (ch. 24:16). But she died unexpectedly in the 9th year of the Captivity (ch. 24:1; 1:2). And she left him to bear in solitude the hardships of his prophetic calling.

Ezekiel started his prophecy in the 5th year of Jehoiachin’s captivity (ch. 1:2), 593/592 B.C. The northern kingdom of Israel was wiped out more than 100 years before. And the ruin of Judah was rapidly coming. The Babylonian captivity had already started when, in the 3d year of Jehoiakim (605 B.C.), Nebuchadnezzar, king of Babylon, attacked Jerusalem (Dan. 1:1). We don’t know how many Hebrews the Babylonians took at that period. But we know that among the prisoners were those “of the king’s seed, and of the princes” (Dan. 1:3; 2 Kings 24:1).

Jehoiachin’s successor, Zedekiah, was not better than his predecessors. In his 11th year (586 B.C.), Babylon carried on her final takeover of Judah (2 Kings 25:1–11). They took the remnant of the people, destroyed the Temple, and laid Jerusalem in ruin. Only a few of the “poor of the land” remained to be vinedressers and husbandmen (2 Kings 25:12).

The prophet Ezekiel lived in horrible times when God’s judgment fell on the inhabitants of Judah. But instead of repenting, the people went deeper into apostasy. The captives as well did not submit to God’s “chastening” (Heb. 12:11). They too continued in the wicked paths (Eze. 2:3; 20:39). They showed little tendency toward changing their lives.

The prophecies of Ezekiel fall naturally into 2 parts: the first 33 chapters represent prophecies before the destruction of Jerusalem. And the last 15, are prophecies after the destruction. The first part may be divided into two sections, with chs. 1–24 dedicated to Israel and their Captivity. And the second part is ch. 25:1 – 32:32 which shows God’s judgments on the surrounding nations.

The messages of the book of Ezekiel reveal God’s purpose for His children in the sad experience of the Babylonian captivity. For centuries, the prophets advised and warned Israel, yet the people delved deeper into sin. Finally, the Lord saw that His people would never fulfill His plan for them as a nation unless He took radical measures to teach them lessons of faithfulness. Accordingly, the Lord allowed them to learn in hardship lessons they had rejected to learn during peaceful times. 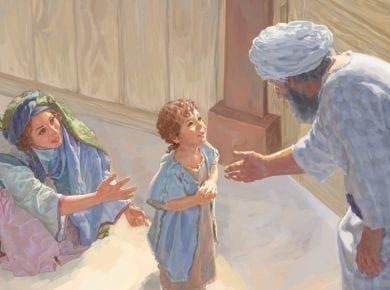 This page is also available in: हिन्दी (Hindi)The Bible tells us that Samuel was the youngest prophet. He received his first revelation and prophecy from God when he was a…
View Answer 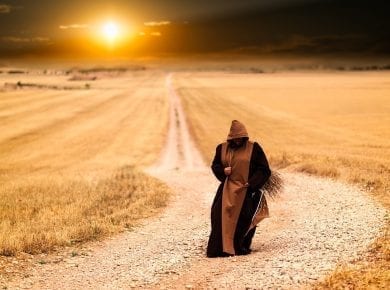 This page is also available in: हिन्दी (Hindi)According to the Bible a false prophet is one who pretends to speak for God but in reality speaks for himself and is…
View Answer