The name Lazarus is derived from the Heb. ’El‘azar, meaning “whom God helps.” Lazarus of Bethany was the brother of Mary and Martha. The siblings were close friends with Jesus who loved them (John 11:5). One day Lazarus got sick and he was nearing death. So, his sisters sent a message to Jesus asking Him to come and heal their brother. But Jesus stated that this sickens will not lead to death but will be to the glory of God (John 11:4).

And instead of leaving at once, Jesus tarried two days away from Bethany and Lazarus died. Jesus told His disciples openly that Lazarus was asleep and He was going to wake him up (John 11:11). The disciples answered, “Lord, if he sleeps, he will get better,” they were thinking of physical sleep (John 11:12). Then, Jesus told them that Lazarus had died (John 11:14) and that He would go there even though He knew that the Jews wanted to kill him (John 11:8). Then, Thomas added, “Let us also go, that we may die with him” (John 11:16).

When Jesus and the disciples reached Bethany, they saw Mary and Martha mourning their brother who died four days earlier. The sisters were wondering why has Jesus not come to save their brother (John 11:17–36). But Jesus comforted them saying that He is the resurrection and life and they needed only to believe (John 11:25,26). And the Bible tells us that, “Jesus wept” (John 11:36).

Jesus went to the tomb and asked that the stone be removed.  And He lifted up His eyes and prayed, “Father, I thank You that You have heard Me. And I know that You always hear Me, but because of the people who are standing by I said this, that they may believe that You sent Me.” (John 11:41-42). And He cried with a loud voice “Lazarus, come forth!” (v. 43). At that very moment, Lazarus came out bound with the burial cloths. Then, Jesus said, “Loose him, and let him go” (v. 44).

There is no mention in the whole story that the soul of Lazarus left his body at the moment of death and ascended to heaven. If this was the true, Jesus would have addressed the conscious soul rather than the dead body. He could have said, “Lazarus, come down and live again in the flesh.” But like David the prophet, Lazarus had “not ascended into the heavens” (Acts 2:34). Further, Lazarus had nothing to say a about life after death or of heaven. Because the past four days had been to him a period of unconsciousness (Ps. 146:4). For more on the state of the dead, https://bibleask.org/bible-answers/112-the-intermediate-state/

The Sadducees denied the possibility of the resurrection (Matt. 22:23; Acts 23:8). They were greatly ashamed at having one of their major theories disproved. So, now they joined with the Pharisees in open rejection and enmity to the Son of God. And they planned to kill Lazarus and Jesus to death, because so many believed in the Lord (John 12:9–11). 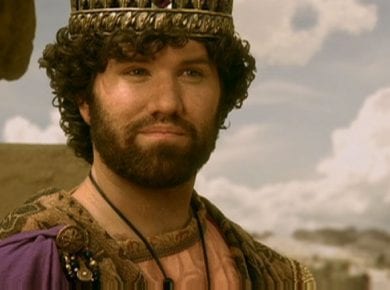 King Josiah reigned over Judah from 640 – 609 B.C. at the young age of eight years old (2 Kings 22:1). This occurred  after the assassination of his wicked father…
View Answer 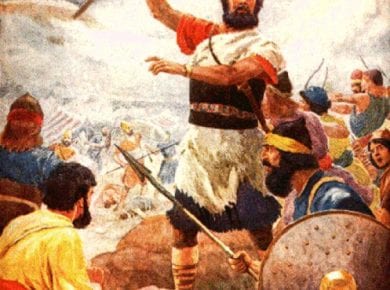 Othniel was a Hebrew deliverer and a judge that God raised to save the Israelites from the oppression of the Canaanites (Joshua 3:7-11). After the death of Joshua, the children…
View Answer