The Bible tells us that Shallum the son of Jabesh became king of Israel in the thirty-ninth year of Uzziah king of Judah. However, he reigned only for a brief period of time – one month in Samaria in 753 BC (2 Kings 15:13).

Originally, Shallum who was a captain in the army of King Zechariah, “conspired against Zechariah the king, and smote him before the people; and slew him, and reigned in his stead” (2 Kings 15:10). In like manner, by a murderer Shallum’s blood was shed after only a month upon the throne.

Menahem the son of Gadi went up from Tirzah, northeast of Shechem and came to Samaria. He struck Shallum the son of Jabesh in Samaria and killed him (2 Kings 15:14-17) then reigned in his place. The historian Josephus claims that Menahem was the general of the army at that time (Antiquities ix. 11. 1).

From Tirzah, Menahem attacked Tiphsah and its territory. Because the inhabitants there did not surrender, he ordered that all the women who were pregnant had their wombs ripped open. Such savage cruelty was typical of the barbarous customs of the times (2 Kings 8:12; Hosea 13:16; Amos 1:13).

Leaders in those days were eager for power and stopped at nothing to secure their ends. It was a time when the law of God was absent from the land. The commandments of the Lord had been rejected. As a result, the commandments of men became of little worth (Ezekiel 7:25).

When men forsake the law of the Lord, life is not safe or peaceful for a king or his people. At that time, people sensed the evils of the times, but they tried to correct evil with evil. As a result, the condition went from bad to worse until the whole nation of Israel was engulfed in ruin. “There is no peace, saith the LORD, unto the wicked” (Isaiah 48:22 also Isaiah 57:21).

The rest of the acts of Shallum, and the conspiracy which he led, they are written in the book of the chronicles of the kings of Israel (2 Kings 15:15). The life of this king shows the consequences of forsaking the true God and reaping the deadly results. The king had the chance to lead his people away from idolatry to the worship of the true God. He could have experienced prosperity, peace, and victory over his enemies but he refused and he brought the consequences upon himself (Deuteronomy 28:1-14). 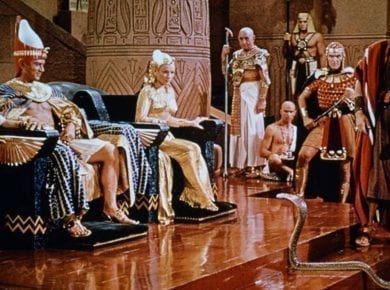 This answer is also available in: हिन्दी“And Moses and Aaron went in unto Pharaoh, and they did so as the LORD had commanded: and Aaron cast down his rod before…
View Answer

This answer is also available in: हिन्दीThe king that Jesus referred to as a fox is Herod “The same day there came certain of the Pharisees, saying unto him, Get…
View Answer