Presumption is the counterfeit of faith. When Satan challenged Christ to jump down from the top of the Temple, Jesus responded, “It is written again, ‘You shall not tempt the LORD your God” (Matthew 4:7). For Christ to have assented to the suggestion of Satan He would have shown presumption rather than faith.

The words quoted by Christ to defeat the tempter were written by Moses regarding the first incident in the wilderness when the children of Israel murmured against God asking for water (Ex. 17:1–7).

God had provided them with many proofs to show that He was leading them and would supply their every need. And even before that, God showed them His divine power in many situation such as the plagues over Egypt, splitting of the Red Sea, and the giving of the manna. Yet, instead of showing their faith, they accused Moses of wanting to destroy them and take over their possessions (Ex. 17:1–4).

In spite of the great evidence of divine care for their needs, they “tempted the Lord, saying, Is the Lord among us, or not?” (Ex. 17:7). They doubted God’s power and asked for more. Thus, they put God to the test; they dared Him to prove His divine power. Their sin was that they came to God in the wrong spirit—one of doubt and anger rather than of humble faith. Unless He granted them their requests, they refused to believe in Him.

It was in this same manner that the devil suggested that Christ should put His Father to the test. Instead of accepting by faith the Father’s announcement at the Jordan, confirming Christ to be the Son of God, Christ was to demand a miracle to prove God’s Words were so. But such a demand would reflect doubt rather than faith. It was presumption.

We are never to place ourselves unnecessarily or carelessly in a position where God will have to perform a miracle to save us from the results of an unwise action. We are not to presume upon God to save us when we purposely place ourselves in danger. The right kind of faith in God will lead us to alien our lives in harmony with what God has already shown us and after that we can trust Him for the rest. 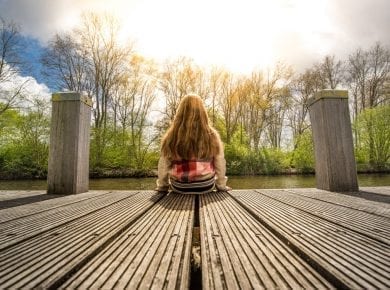 We are NOT saved by our right deeds, rather we are saved by the grace of Christ “For by grace are ye saved through faith; and that not of yourselves:…
View Answer

The Bible teaches that a Christian is saved into the body of Christ, which is another name for the church. In Acts 2, the Bible says, “And the Lord added to…
View Answer