The Ark of the Covenant is the only piece of furniture in the most holy place in the temple (Exodus 25:10-22). It was a box or chest of acacia wood overlaid with gold. Standing atop the chest were two angels made of solid gold. Between these angels was the mercy seat (Exodus 25:17-22), where the supernatural presence of God dwelt. This symbolized God’s throne in heaven, which is, likewise, located between two angels (Psalms 80:1).

Three items were stored inside the Ark of the Covenant. They are the Ten Commandments, a pot of manna, and the rod of Aaron:

First- The Ten Commandments which God wrote on tables of stone with His own finger, and which His people will always obey (Revelation 14:12), were inside the ark (Deuteronomy 10:4, 5). But the mercy seat was above them, which signified that as long as God’s people confessed and forsook sin (Proverbs 28:13), mercy would be extended to them through the blood which was sprinkled on the mercy seat by the priest (Leviticus 16:15, 16). The blood of the animal represents Jesus’ blood that was shed for us to bring us forgiveness of sin (Matthew 26:28; Hebrews 9:22).

The tables of the law within the Ark of the Covenant testified to the fact that God’s kingdom is founded on an unchanging standard of righteousness (Psalm 97:2), which even divine grace must respect. Grace cannot be given on terms which “make void the law” (Romans 3:31). When sin is pardoned, the law’s claim against the sinner must also be satisfied. The very purpose of the gospel is to secure for the sinner the forgiveness of his sins, by faith in a means that does not “make void the law,” but “establishes” it. On the basis of law alone there can be no reunion between God and man, since sin separates us from Him (Isaiah 59:1, 2). The blood-sprinkled mercy seat must intervene, for it is only on the ground of Christ’s mediation on our behalf that we can draw near to God (Hebrews 7:25).

Second- The Pot of Manna represented the bread of God that came down from heaven and fed the nation of Israel as they wondered through the desert (Exodus 16:12-16).

The main purpose of the Ark of the Covenant was to serve as a repository for the holy law of God. Because the tables of stone were a transcript of the character and will of God, and were, furthermore, inscribed by God’s own hand, they were honored as the most sacred object in the sanctuary. The law was also known as “the covenant” (Deuteronomy 4:12, 13; 9:9–15), and the Ark was therefore commonly called the Ark of the Covenant (Deuteronomy 31:26; Hebrews 9:4; etc.). 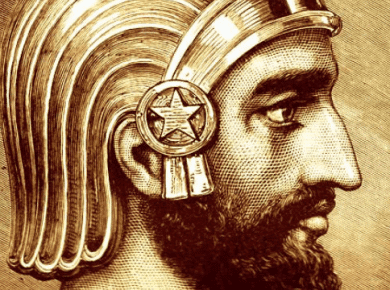 This page is also available in: हिन्दी (Hindi)Ancient writers speak of the Persian king Cyrus as a man of nobility and uprightness of character. He was mentioned 22 times in…
View Answer

This page is also available in: हिन्दी (Hindi)John the Baptist was a Nazarite or Nazirite from birth. The angel Gabriel said to Zacharias his father, “For he will be great…
View Answer