God promised our first parents that the “seed of the woman” would crush the head of the serpent (Genesis 3:15). And He started to fulfill His promise through the offspring of Seth (Genesis 4:26) and later on, through Abraham (Genesis 11:26 to Genesis 25:8).

Abraham was the son of Terah, who lived in Ur – a famous city in southern Mesopotamia (Genesis 11:28).  The narrative starts when Abraham was 75 years old. Terah, his father, moved with his family heading for Canaan but on the way, he settled in the city of Haran in northern Mesopotamia.

Then, God called Abraham saying, “The LORD had said to Abram, ‘Leave your country, your people and your father’s household and go to the land I will show you. I will make you into a great nation and I will bless you… I will bless those who bless you, and whoever curses you I will curse; and all peoples on earth will be blessed through you’” (Genesis 12:1-3).

This was the Abrahamic Covenant (Genesis 15 – 17). The people of Mesopotamia worshiped the pagan Babylonian gods. So, the Lord called Abraham out of that pagan environment. And Abraham without hesitation obeyed God and went “as the LORD had told him.”

The miracle of Isaac

Abraham and Sarah were childless. So, the Lord promised him that he would have a son (Genesis 15:4). This son would be the heir of God’s blessings. Abraham believed the promise of God, and his faith was credited to him as righteousness (Genesis 15:6). And the Lord repeated His promise to Abraham in Genesis 17. Then, He fulfilled it with the birth of Isaac (Genesis 21).

The test of faith

The Lord tested Abraham’s faith when He commanded him to sacrifice Isaac on the top of Mount Moriah (Genesis 22). Again, Abraham obeyed (Genesis 22:3) and he proved that his love for God was greater than his love for his son. He trusted that God was able to bring Isaac back from the dead (Hebrews 11:17-19).

So, when God saw that Abraham’s didn’t withheld his son from Him, He told him not to slay Isaac and offered him an animal for sacrifice instead. This animals signified the future death of God’s own Son who would redeem mankind (John 3:16). Through this painful experience, God revealed to Abraham His infinite love in offering His only Son to save humanity (John 3:16)

Abraham failed God when he lied about his relationship to Sarah in order to save his life from possible death (Genesis 12:10-20; 20:1-18). But in spite of his weakness, God protected him from those that would have hurt him.

Also, Abraham failed to trust in God when Sarah asked him to have a child with her servant, Hagar to fulfill God’s promise to them (Genesis 16:1-15). In so doing, they took matters in their own hand.

At that time, Abraham and Sarah were called Abram and Sarai. But when Ishmael became thirteen years old, God gave Abram a new name, Abram, which means exalted father. And He also gave him the covenant of circumcision and reiterated the promise to give him a son through Sarai (Genesis 17).

While God didn’t shield Abraham from the consequences of his sin, He worked all things to bring about the plan of salvation. But the birth of Ishmael caused a great tension between Sarah and Hagar and later on between their offspring.

Abraham’s intercession for Sodom and Gomorrah

The loving character of Abraham was shown when he interceded for Sodom and Gomorrah (Genesis 18). Abraham asked the Lord to spare the sinful cities for the sake of fifty righteous and continued to ask for the number to go down until ten individuals. Unfortunately, God could not find even ten godly men in Sodom. But the Lord saved Lot and his family (Genesis 19).

An example of Faith

In the NT, James wrote that Abraham was “God’s friend” (James 2:23). And he set the patriarch’s life as an example of faith. For the right kind of faith must produce such obedience. And he stressed that faith without works is dead (James 2:21). Abraham was justified by his faith, and his faith was proved by his works.

Also, Paul used Abraham’s faith as an illustration for justification by faith (Romans 4; 3:28). He wrote, “By faith Abraham, when called to go to a place he would later receive as his inheritance, obeyed and went, even though he did not know where he was going” (Hebrews 11:8). Paul taught that Gentiles are heirs with the Jews to the blessings of Abraham through faith in the Savior (Galatians 3:6-9, 14, 16, 18, 29).

And he taught that for the Israelite’s, it was not enough to be physically descendants from Abraham to be saved (Matthew 3:9, Luke 3:8, and John 8:39). They needed to live a life of trust and obedience similar to the life of Abraham. And by doing that all believers in all generations will be called the “children of Abraham” (Galatians 3:7).

Abraham is a true and living example of faith and hope in the promises of God (Hebrews 11:8–10). Christians should live a life of full obedience to God following the example of Abraham’s who trusted the Almighty to be his shield and redemption (Genesis 15:1). 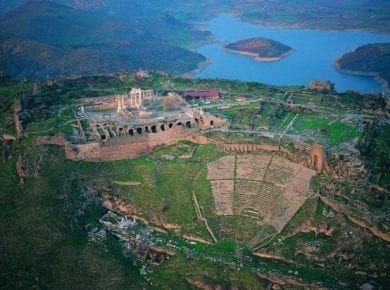 This page is also available in: हिन्दी (Hindi)Pergamos is also known as Pergamum (Revelation 2:12). This city had been the capital of the Roman province of Asia for two centuries.…
View Post 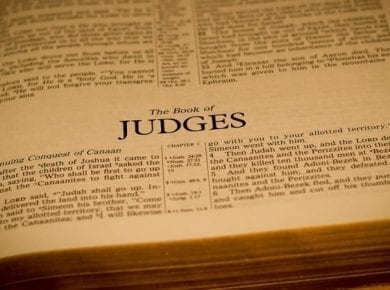 This page is also available in: हिन्दी (Hindi)It is not clear who wrote the book of Judges. According to an old Jewish tradition, it was recorded by the prophet Samuel…
View Post