Ananias of Damascus is mentioned in the book of Acts chapter 9. There is one other record of this particular disciple except in Acts 22:12. There, Paul described him as “a devout man according to the law, having a good report of all the Jews which dwelt” in Damascus. It is possible that these characteristics made him the leader of the Christian church and qualified him to be the Lord’s messenger to Saul.

The story of Ananias in relation to Saul’s conversion starts after the Damascus experience. “Now there was a certain disciple at Damascus named Ananias; and to him the Lord said in a vision, “Ananias.” And he said, “Here I am, Lord.” So the Lord said to him, “Arise and go to the street called Straight, and inquire at the house of Judas for one called Saul of Tarsus, for behold, he is praying. And in a vision he has seen a man named Ananias coming in and putting his hand on him, so that he might receive his sight” (Acts 9:10-12).

God through a vision prepared Ananias to visit Saul, and also prepared Saul for a visit from Ananias. God informed His messenger that Saul was praying which is a contrast between the threatening and slaughter the persecutor did as he drew near to Damascus.

But Ananias hesitated and said, “Lord, I have heard from many about this man, how much harm he has done to Your saints in Jerusalem. And here he has authority from the chief priests to bind all who call on Your name” (v.13,14). Nevertheless, the Lord told him, “Go, for he is a chosen vessel of Mine to bear My name before Gentiles, kings, and the children of Israel. For I will show him how many things he must suffer for My name’s sake” (v. 15,16). God chose Saul to carry Christ’s name, to the Gentiles and before kings like Agrippa (Acts 26:1, 2), and possibly Nero (2 Timothy 4:16).

Ananias did as the Lord commanded and went to Saul’s house and laid his hands on him. And he said, “Brother Saul, the Lord Jesus, who appeared to you on the road as you came, has sent me that you may receive your sight and be filled with the Holy Spirit. Immediately there fell from his eyes something like scales, and he received his sight at once.” And he arose and was baptized. And Paul ate food and was strengthened. Then he spent some days with the disciples at Damascus (v. 17-19).

The godly man exhorted Saul to get baptized for this service was regarded a condition for admission into the church (Matthew 3:6; Acts 22:16). Then, Saul broke his three day fast, got baptized, and eventually became known as the disciple to the Gentiles. 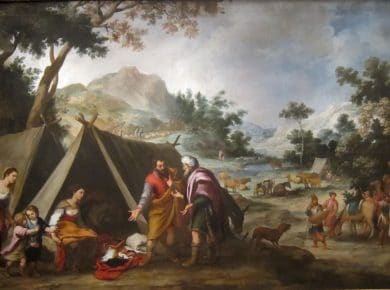 This page is also available in: हिन्दी (Hindi)Bible commentators say that because Rachel was barren, for about six years before she conceived Joseph, she may have desired the possession of…
View Answer 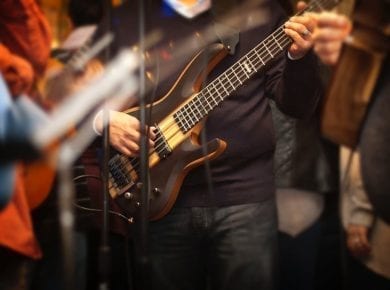 This page is also available in: हिन्दी (Hindi)Music is a powerful force in our world that can be used to glorify God and help His people stay close to Him…
View Answer