Saul was born in Tarsus, Turkey in around 1–5 AD. He was from the tribe of Benjamin. His parents were Pharisees and also Roman citizens. In his early youth, he studied under rabbi Gamaliel the Scriptures then later he studied law in to become a member of the Sanhedrin. He was very zealous for his faith and was present at the stoning of Stephen and held the garments of those who did the stoning (Acts 7:58).

When Peter defended the gospel before the Sanhedrin in Acts 5:27-42, Gamaliel advised the members not to hurt Peter. But Saul didn’t follow that council. Instead, “He began ravaging the church, entering house after house, and dragging off men and women, he would put them in prison” (Acts 8:3). And he even asked the high priest for permission to bring any Christians (followers of “the Way,” as they were known) back to Jerusalem to imprison them.

But in His mercy, the Lord gave him another chance. Jesus appeared to him on the road from Jerusalem to Damascus ( Acts 9:1-22). Saul saw a bright light from heaven and heard the words, “Saul, Saul, why are you persecuting me?” He says, “Who are you Lord?” Jesus answered directly and clearly, “I am Jesus, whom you are persecuting” (v. 4-5).

Saul was blinded by the light and was instructed by Jesus to meet Ananias, who was at first reluctant to see him. But the Lord told Ananias that Saul was a “chosen instrument” to carry His name before the Gentiles, kings and the children of Israel (v.15) and would suffer for doing so (v.16). Ananias obeyed the Lord’s and met Saul and laid hands on him. Then, Saul received the Holy Spirit (v.17). And his sight came back to him and he was baptized (v.18). The believers glorified God for the glorious miracle of transforming the life of his servant .

After his conversion, Saul’s name was changed to Paul (Acts 13:9). Later, God’s servant went to Arabia, Damascus, Jerusalem, Syria and his native Cilicia. Barnabas enlisted his help to teach those in the church in Antioch (Acts 11:25). Paul took his first of three missionary journeys in the late 40s A.D. And he“served the Lord with all humility and with tears and with trials that happened to [him] through the plots of the Jews” (Acts 20:19). His life and ministry are recorded in the book of Acts.

The apostle Paul wrote thirteen NT books: Romans, 1 and 2 Corinthians, Galatians, Philippians, 1 and 2 Thessalonians, Philemon, Ephesians, Colossians, 1 and 2 Timothy and Titus. And he preached boldly the Word of God throughout the Roman world and faced many persecutions and trials (2 Corinthians 11:24-27). Finally, he gave up his life as a martyr in Rome in the 60s A.D. 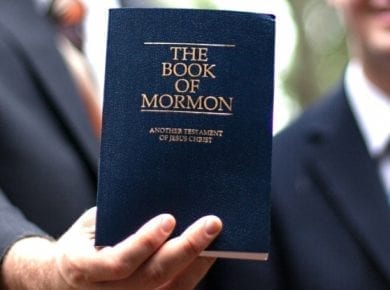 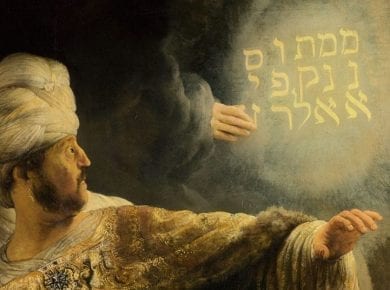 This answer is also available in: العربية हिन्दीBelshazzar was the first-born son of Nabonidus, the last king of the Neo-Babylonian Empire. The Babylonian name Bêl–shar–uṣur means “Bel, protect the king!”…
View Answer