Jesus did not ask this disciple to join the group of disciples as He did for the others, rather he intruded among them and asked for a place. He believed Jesus to be the Messiah—like the other disciples, in terms of the popular Jewish conception of a political deliverer from the yoke of Rome. He wanted to be part of the inner circle of disciples in order to obtain a high position in the “kingdom.”

Jesus trusted him to do the work of an evangelist. He endowed him with power to heal the sick and to cast out devils. He gave him every encouragement and every opportunity to develop a heavenly character. But this disciple had character defects of worldly ambition and love of money. Jesus foresaw that these characteristics would take over (John 6:70), but still worked with him in an effort to save Him. However, this disciple did not come to the point of surrendering himself fully to Christ. While he accepted the position of a minister of Christ, he did not yield to the divine transforming Spirit of God. He fostered the evil spirit of love of money until it had become the ruling motive of his life. He was the treasurer and used his position to steal from the collections (John 12:6).

Before the Passover, Judas planned with the priests to betray Jesus (Luke 6:16) into their hands for 30 pieces of sliver – the price of a slave. At the Last Supper, Jesus foretold the disciples who would betray Him (John 13:26). But this disciple disregarded Christ’s words and allowed the devil to completely take charge of his heart (John 13:27). In so doing, he fulfilled the OT prophecy of Psalm 41:9, “Even my close friend, someone I trusted, one who shared my bread, has turned against me” (John 13:18).

Judas acted his part in betraying Jesus in the garden of Gethsemane when he said to the leaders of the mob, “Whomsoever I shall kiss, that same is He: hold Him fast” (Matthew 26:48). But Jesus said to him, “Judas, are you betraying the Son of Man with a kiss?” (Luke 22:48). Jesus said, “The Son of Man will go just as it is written about him. But woe to that man who betrays the Son of Man! It would be better for him if he had not been born” (Matthew 26:24).

When this disciple saw that Jesus was condemned to be crucified, and was making no effort to save Himself, he felt remorse over his treachery. He returned the 30 pieces of silver to the priests (Matthew 27:4) and then in despair committed suicide by hanging himself (Luke 27:5). His body broke the branch of the tree and he fell headlong and his body burst open (Acts 1:18,19). This is the last mention of him in the scriptures. What a horrible end for a man that made money his idol. 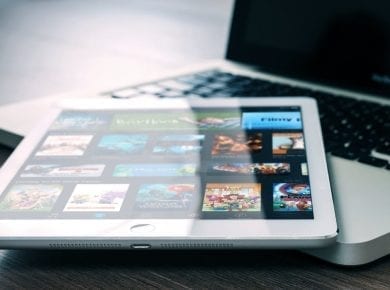 This page is also available in: हिन्दी (Hindi)The Bible sets the standard for the type of entertainment that is OK for Christians. “Finally, brethren, whatsoever things are true, whatsoever things…
View Answer 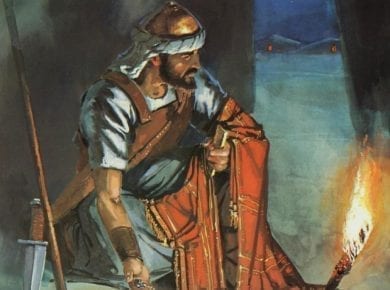 This page is also available in: हिन्दी (Hindi)The story of Achan’s sin is recorded in the book of Joshua chapter seven. Before the capture of Jericho, God commanded that “The…
View Answer