“The LORD did not set His affection on you and choose you because you were more numerous than other peoples, for you were the fewest of all peoples. But it was because the LORD loved you and kept the oath He swore to your forefathers that He brought you out with a mighty hand and redeemed you from the land of slavery, from the power of Pharaoh king of Egypt. Know therefore that the LORD your God is God; He is the faithful God, keeping His covenant of love to a thousand generations of those who love Him and keep His commands” (Deuteronomy 7:7-9).

The Bible states that the Israelites were the descendant of Abraham. In his time, Abraham was a rare and faithful follower of the One true God. Because of Abraham’s love and obedience to God, he and his descendants were chosen as God’s special people (Genesis 12:1, 2). They were later called the Israelites and were to carry His truth and knowledge to the whole world (Vs. 3). Their message of the true God was even to go to the heathen (1 Chronicles 16: 13-26).  God’s purpose was for Israel to be a distinct people, a nation who pointed others towards God and His promised provision of a Redeemer and Savior (Exodus 19:6, Deuteronomy 14:2, Isaiah 9: 6, 8).

Although Abraham was promised to be the father of this great nation, he and his wife had no children. Abraham and his wife, Sara, were without children until she was well past her child bearing years (Genesis 18:11).  God came to Abraham and promised him a child through his wife Sarah when he was a hundred and Sarah was 90 years old (Genesis 17:15-17, 19). Despite how impossible the circumstances, God miraculously gave Abraham and Sarah a son. This child was named Isaac and so began the seed of Abraham.

The future of Abraham’s seed

While God promised Abraham a great nation through his seed, He also warned of the trial to come beforehand. After promising Abraham a child in his old age, God told Abraham that in time his lineage would suffer under bondage in a foreign land (Genesis 15:13). This happened several generations later after his son Isaac who begat Jacob and Esau. Jacob’s name was later changed to Israel, which is where the name of Israel came from. Jacob, or Israel, had 12 sons, one of whom was Joseph.

Although Joseph was despised by his brothers and sold as a slave by them he later became a ruler in Egypt, only second to Pharaoh (Genesis 41: 39-40). Later, Joseph forgave his brothers and his entire family moved to Egypt (Genesis 45: 4-15, 46:1-7).  In time, Israel’s descendants became so numerous that the Egyptians worried that the Hebrews would take over (Exodus 1:8-11). Therefore, it was in Egypt that the prophecy was fulfilled that Abraham’s lineage, known as Israel, was held in bondage for hundreds of years. “And God heard their groaning, and God remembered his covenant with Abraham, with Isaac, and with Jacob. And God looked upon the children of Israel, and God had respect unto them” (Exodus 2:24-25).

Over time, the nation of Israel fell in to deep apostasy and rebellion towards God. Much of the Old Testament are warnings to Israel’s kings to put away sin and idols. Moses had warned the nation of Israel at its inception that there would be serious consequences for the nation if it rebelled (Leviticus 26).

God desired His people to serve Him from their heart and that they would always be blessed. “O that there were such an heart in them, that they would fear me, and keep all my commandments always, that it might be well with them, and with their children for ever!” (Deuteronomy 5:29). Sadly, almost as quickly as they became a nation did Israel begin its rebellion.

The book of Judges tells of much Israel’s early history. It is mainly stories that tell how Israel rebelled so God allowed judgement to come upon them. Once Israel cried to God for help, He would deliver them. This is generally the pattern of the nation of Israel, with their rebellion and sins growing worse and worse in time.

Israel eventually elected kings, which quickly led them into worse sin. They became so rebellious and idolatrous that many followed the practices of Molech and Baal. These false gods required the sacrifice of their children, which much of Israel began to practice (Jeremiah 32:35). At this point, God’s judgement caused the first destruction of Jerusalem and captivity in Babylon.

The nation of Israel was led captive into Babylon for 70 years (Jeremiah 25:11). During that time, only a few faithful from Israel continued to serve God in this heathen land. One faithful man was Daniel. He served God in the courts of Babylon and shared the truth of the God of heaven with the king of Babylon. Through Daniel’s prayers for forgiveness for Israel, God showed Daniel the future of Israel (Daniel 9).

After the 70 years, a group of Jews were allowed to return to Jerusalem by the decree of the Persian king Artaxerxes (Ezra 7:7). From that time, Israel was called to rebuild the temple and the city of Jerusalem. The nation of Israel was then called to be ready for the coming Messiah. Israel as a nation then shifted from extreme apostasy to extreme religious zealousness.  The nation of Israel became occupied by the Romans shortly before the coming of Christ. As Israel looked for the coming Messiah, they looked for a conquering king to free them from Roman oppression.

Transfer of Israel from physical to spiritual

When the nation of Israel crucified the Son of God and completely rejected Him as Messhiah, this ended their physical lineage. The promises and covenant to God’s people were then transferred to all believers in God’s Son, Jesus Christ. This was to both Jews and Greeks or any other person who accepts the Lord Jesus Christ. “And if ye be Christ’s, then are ye Abraham’s seed, and heirs according to the promise” (Galatians 3:29).

“But ye are a chosen generation, a royal priesthood, an holy nation, a peculiar people; that ye should shew forth the praises of him who hath called you out of darkness into his marvellous light; Which in time past were not a people, but are now the people of God: which had not obtained mercy, but now have obtained mercy” (1 Peter 2:9-10).

The Bible says, “But God hath chosen the foolish things of the world to confound the wise; and God hath chosen the weak things of the world to confound the things which are mighty;” (1 Corinthians 1:27). God said in the first verse that he did not use a mighty or numerous people, but rather a small group. God uses people that understand their dependence on Him so that the world can see His glory through the things He does (Isaiah 48:11).

This applies to God’s people today. Just as Jesus chose his 12 disciples, so He chooses ordinary people now. His disciples came from a variety of backgrounds, mainly that would be considered unfit for such a work. However, Jesus saw in them potential that they did not see in themselves. So it is with God’s people today, He does not call the qualified, but rather qualifies the called. The most fruitful of God’s workers are those that depend most on Him. “I am the vine, ye are the branches: He that abideth in me, and I in him, the same bringeth forth much fruit: for without me ye can do nothing” (John 15:5). 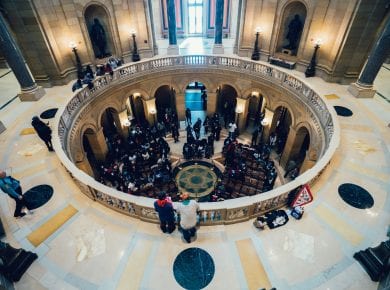 This page is also available in: العربية (Arabic) हिन्दी (Hindi)”And he shall judge among the nations, and shall rebuke many people” (Isaiah 2:4). As in ancient Israel, when the heathen…
View Post 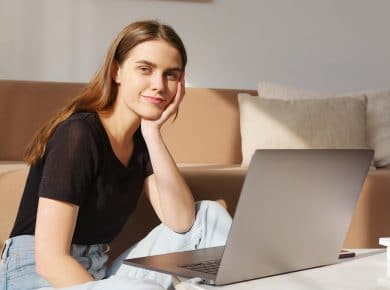