Circumcision on the eighth day

In the Old Testament, God gave circumcision as a sign of His original covenant with the father of Hebrews – Abraham. And Moses wrote this instruction in the book of Leviticus, “And on the eighth day the flesh of his foreskin shall be circumcised” (Leviticus 12:3). This rite was first practiced in the case of Isaac (Genesis 17:10, 11; 21:4), the son of the promise (Galatians 4:23), in the fulfillment of the covenant promise concerning his birth.

Thousands of years later in 1872, Alexander Schmidt was credited for his research with blood clotting. He was the person known for naming the enzyme prothrombin. In the 20th century, it was discovered that Vitamin K coupled with prothrombin, causes blood clotting or coagulation.

If vitamin K is deficient, there will be a prothrombin deficiency and hemorrhaging may occur. It is only on the fifth through the seventh days of the newborn male’s life that vitamin K (produced by bacteria in the intestinal tract) becomes present in adequate quantities.

Holt and McIntosh, in their classic work, Holt Pediatrics, observed that a newborn infant has “peculiar susceptibility to bleeding between the second and fifth days of life…. Hemorrhages at this time, though often inconsequential, are sometimes extensive; they may produce serious damage to internal organs, especially to the brain, and cause death from shock and exsanguination” (1953, pp. 125-126).

What is the significance of the eighth day?

On the eighth day, the amount of prothrombin present actually is elevated above one-hundred percent of normal—and is the only day in the male’s life in which this will be the case under normal conditions. If surgery is to be performed, day eight is the perfect day to do it. Vitamin K and prothrombin levels are at their peak. The chart below, patterned after one published by S.I. McMillen, M.D., in his book, None of These Diseases, portrays this in graphic form.

S.I. McMillen, M.D., in his book None of These Diseases (2000) shows that pain caused by circumcising later in life can last for up to a week. However, newborns, on the other hand, are very resilient. So the best time is to circumcise is in the first 2 weeks of life. This reveals a divine fingerprint.

This answer is also available in: العربية हिन्दीConcerning sexual activity, the British ethnologist and social anthropologist of Oxford and Cambridge Universities, J.D. Unwin, showed in his book, Sex and Culture, that…
View Answer 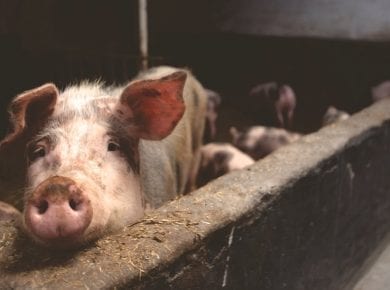 This answer is also available in: العربية हिन्दी“I know and am convinced by the Lord Jesus that there is nothing unclean of itself; but to him who considers anything to…
View Answer