Sin is the cause of all the pain and sickness in this world. People often wonder: why didn’t God destroy Lucifer when he sinned, and thus ended the sin problem and relieved humanity of its pains?

The answer lies in the freedom of choice that God gave to angels and humans (Deuteronomy 30:19). Lucifer and his angels chose to rebel against God (Revelation 12:4). If God had destroyed Lucifer immediately, some angels might have worshiped God through fear. And that goes against God’s will.

The only devotion God would accept is a voluntary worship moved by love (John 14:15). Lucifer claimed that his plans are better for God’s creatures. So, the Lord allowed him to demonstrate his plans to the universe (1 Corinthians 4:9).

Sadly, humans exercised their free will to rebel against God and fell (Genesis 3:6) and thus the devil demonstrated his principles on this planet. And the result is the pain, sickness, and death that we see in the world. The Lord could not cancel men’s choices. And, we cannot blame God for our suffering which is the direct result of going against His good will.

But the Lord took upon Himself the burden of saving us from the penalty of our own sin. Jesus the Son of God died so we can be set free from the devil. “For God so loved the world that He gave His only begotten Son, that whoever believes in Him should not perish but have everlasting life” (John 3:16). All those that accept God’s plan of salvation by faith in Jesus will be given the power to overcome sin and get saved eternally (John 1:12).

So, the only One that mostly experienced pain is God Himself. God saw His beautiful perfect world being destroyed by the enemy and He had to sacrifice His innocent son on the cross to redeem it. “Greater love hath no man than this, that a man lay down his life for his friends” (John 15:13). 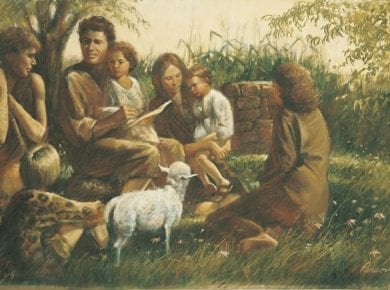 While the Bible does not say how many Children Adam and Eve had, we do find some clues. After Adam and Eve left the garden of Eden, Eve gave birth…
View Answer 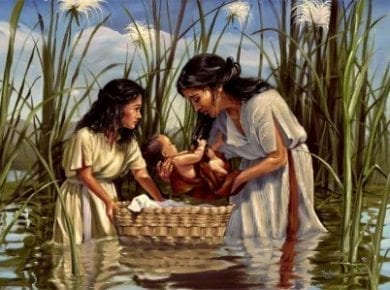