The word “Purgatory” is not found in the Bible. It is a Catholic teaching. According to the Catholic Encyclopedia, Purgatory is “a place or condition of temporal punishment for those who, departing this life in God’s grace, are not entirely free from venial faults, or have not fully paid the satisfaction due to their transgressions.” In other words, Purgatory is a place that a Christian’s soul goes to after death to be cleansed of the sins that had not been fully cleansed during life.

To Catholics, Purgatory is not hell because hell is for those who have never repented and placed their trust in Christ nor is it heaven because no unclean thing shall enter heaven (Rev. 21:27). The time spent in Purgatory is equal to the severity of the sins that one has committed that were not forgiven before their death. Roman Catholics also teach that a person’s time in purgatory may be shortened, and his pains alleviated, by the faithful prayers and charitable works of those still alive.

The idea that believers have to suffer for their sins after death is contrary to what the Bible says about Jesus’ sacrifice and salvation. The Bible states that Jesus suffered for our sins so that we could be delivered from suffering. To say that we must also suffer for our sins is to say that Jesus’ suffering was insufficient.

When Jesus died on the cross, He said “It is finished” (John 19:30). He completed the work of our redemption and now He serves as our high priest in heaven (Hebrews 4:14-16). Paul says in Hebrews 10:14, “By one sacrifice he has made perfect for ever those who are being made holy.” Hence, those who believe in Christ are “made perfect” forever; no further “purging” is necessary. “Therefore, there is now no condemnation for those who are in Christ Jesus” (Romans 8:1).

Jesus took care of “purging” our sins by His work of salvation at the cross. Hebrews 1:3 affirms, “After he had provided purification for sins, he sat down at the right hand of the Majesty in heaven.” Because of Jesus’ sacrifice, believers are cleansed, declared righteous, forgiven, redeemed, reconciled, and sanctified. Thus, Jesus work of salvation was perfect on our behalf.

The idea of Purgatory and prayer for the dead, indulgences, meritorious works on behalf of the dead, etc. are all based on salvation by works. The Bible teaches “For by grace are ye saved through faith; and that not of yourselves: it is the gift of God: Not of works, lest any man should boast” (Ephesians 2:8,9); “Who hath saved us, and called us with an holy calling, not according to our works, but according to his own purpose and grace, which was given us in Christ Jesus before the world began” (2 Timothy 1:9).

The great danger in the purgatory doctrine is that it encourages people to go on sinning all through their lives thinking to wait to make things right till they die and reach purgatory only to find that it’s too late. The Bible teaches there is no second chance after death (Hebrews 9:29). 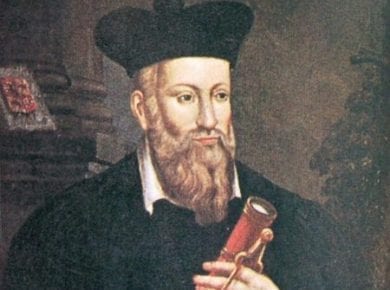 This answer is also available in: हिन्दीShould we believe in the prophecies of any prophet? The Bible gives us the answer: “Beloved, believe not every spirit, but try the spirits…
View Answer 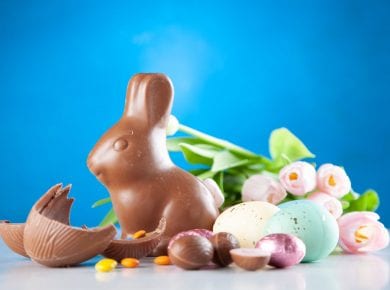 This answer is also available in: हिन्दीQuestion: Are the traditions of Easter such as the bunny and eggs taken from Paganism? The Easter bunny and colored eggs have become a…
View Answer