A witch means more accurately, “sorceress.” A sorcerer was one who claimed supernatural knowledge or power, which he used either to influence the gods or to cast magic spells. A wizard means a “ knower,” from the verb “to know.” It refers to those who claimed to have wisdom from other than human sources.

The Bible warned us against contact with witches, wizards and sorcerers saying:

“There shall not be found among you any one that maketh his son or his daughter to pass through the fire, or that useth divination, or an observer of times, or an enchanter, or a witch. Or a charmer, or a consulter with familiar spirits, or a wizard, or a necromancer. For all that do these things are an abomination unto the LORD” (Deuteronomy 18:10-12).

“Now the works of the flesh are manifest, which are these; adultery, fornication, uncleanness, lasciviousness, idolatry, witchcraft, hatred, variance, emulations, wrath, strife, seditions, heresies, envyings, murders, drunkenness, revellings, and such like: of the which I tell you before, as I have also told you in time past, that they which do such things shall not inherit the kingdom of God” (Gal. 5:19-21)

God doesn’t make any distinction between good witches and evil witches. Every witch, every wizard, and every sorcerer is evil in the sight of God. Witches, wizards, and sorcerers are children of Satan. God said they are an abomination to Him. Rather than seek connection with these evil characters, we have been commanded to separate ourselves from them and expose them for the workers of iniquity that they really are “And have no fellowship with the unfruitful works of darkness, but rather reprove them” (Ephesians 5:11).

Witches and wizards claim to have contact with spirits of the dead. But the Bible clearly states that the dead cannot be contacted by the living (Isaiah 8:19,20). The supposed spirits of the dead are evil angels, or devils (Revelation 16:13, 14). Therefore, the Lord forbids His children from talking with the supposed spirits of the dead and the activities that go along with them such as the use of crystal balls, palm reading, leaf deciphering, and astrology.  The Scriptures teach plainly that those who continue involvement with witches and wizards will be shut out of God’s kingdom (Galatians 5:19-21 Revelation 21:8 22:14, 15). 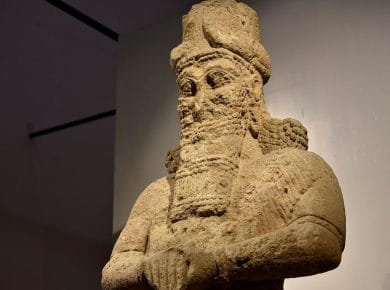 Table of Contents A pagan godRelation of MardukSymbolGreeks and RomansThe Bible This answer is also available in: العربية हिन्दीA pagan god Nabu or Nebo was the Babylonian god of wisdom…
View Answer 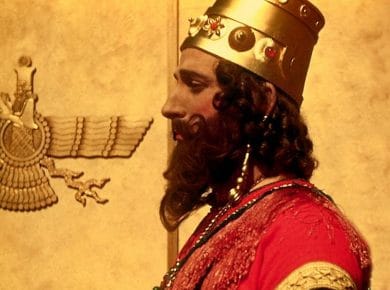 Table of Contents The Lord’s warning to NebuchadnezzarThe king’s disregard to the warningNebuchadnezzar’s madnessHumility followed by restoration This answer is also available in: العربية हिन्दीDespite the oft-repeated warnings against pride,…
View Answer