A demon is a fallen angel. Lucifer, the highest angel, rebelled against God and many angels joined him. “And war broke out in heaven: Michael and his angels fought with the dragon; and the dragon and his angels fought, but they did not prevail, nor was a place found for them in heaven any longer. So the great dragon was cast out, that serpent of old, called the Devil and Satan, who deceives the whole world; he was cast to the earth, and his angels were cast out with him” (Revelation 12:7-9).

Lucifer’s aim was to usurp God’s throne (Isaiah 14:13,14). And to that end, he succeeded to persuade one-third of the angels to follow him in the rebellion (Revelation 12:3, 4). But Lucifer and his angels failed and were expelled from heaven. After his expulsion, Lucifer was called Satan (adversary) and devil (slanderer), and his angels were called demons. The devil continued in his course of rebellion and deceived mankind by his lies and thus took dominion over the Earth (Genesis 3).

But the Lord in His great mercy, redeemed humanity by the death of His Son, Jesus Christ  (John 3:16). Every person that accepts Christ by faith and obey Him will be saved (Revelation 12:11). And the Lord also provided all the grace necessary to overcome every sin. For Jesus promised, “I have given you authority … to overcome all the power of the enemy” (Luke 10:19).

All what Christians need to do to overcome is to connect themselves daily to God through study of His Word and prayer. Jesus said, “If you remain in me and my words remain in you, ask whatever you wish, and it will be done for you” (John 15:7). And nothing shall be impossible for them (Luke 1:37).

One day, God will destroy the devil and his demons in the lake of fire and they will receive due punishment for their evil (Revelation 20:10; Matthew 25:41). Until then, Christians need to fight the devil by God’s grace. “Be self-controlled and alert. Your enemy the devil prowls around like a roaring lion looking for someone to devour. Resist him, standing firm in the faith” (1 Pet. 5:8-9).

To stop the harassments of demons, the child of God should claim Jesus’ promises for protection: “Behold, I give unto you power to tread on serpents and scorpions, and over…
View Answer 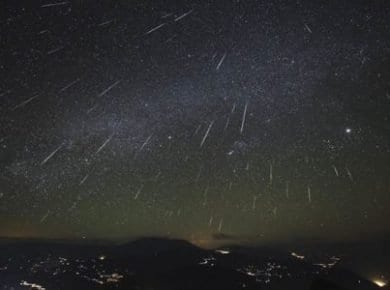 Why did some of the angels fall? The Bible tells us that Lucifer and many angels fell from heaven. Lucifer the leader of angels was created perfect (Ezekiel 28:14,15). But…
View Answer