Both adultery and fornication are sins before God “Know ye not that the unrighteous shall not inherit the kingdom of God? Be not deceived: neither fornicators, nor idolaters, nor adulterers, nor effeminate, nor abusers of themselves with mankind, nor thieves, nor covetous, nor drunkards, nor revilers, nor extortioners, shall inherit the kingdom of God” (1 Corinthians 6:9,10). The list of sins found in vs. 9, 10 includes most of the common sins of the flesh (Gal. 5:19–21; Eph. 5:3–7). The Bible offers a much wider view into how God sees these two sexual sins:

In the Old Testament, all sexual sin was forbidden by the Mosaic Law and Jewish custom. In a spiritual sense, the Hebrew word translated fornication” in the Old Testament was also in the context of idolatry, also called spiritual whoredom ( 2 Chronicles 21:10-14; Ezekiel 16).

In the New Testament, “fornication” comes from the Greek word “porneia”, which includes adultery and indulging in any kind of unlawful lust, which would include homosexuality. The use of the word in the gospels and the epistles is always in reference to sexual sin, however, in Revelation, it always refers to idolatry (Revelation 2:14, 20; Revelation 17:1-2).

The Hebrew word translated “adultery” means literally “breaking wedlock.” In a spiritual sense, in the Old Testament, it often referred to Israel’s idolatry as a woman who went “whoring after” other gods (Exodus 34:15-16; Leviticus 17:7; Ezekiel 6:9).

In the New Testament, the two Greek words translated “adultery” are nearly always used, from their contexts, to refer literally to sexual sin involving married partners but in Revelation it refers to idolatry (Revelation 2:20).

This page is also available in: हिन्दी (Hindi)Before we allow the Bible to answer your question, you need to know that although God hates sin, He loves the sinner to…
View Post 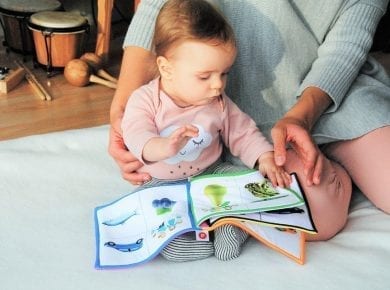 This page is also available in: हिन्दी (Hindi)While the Bible doesn’t mention the phrase child abuse, there are clear teachings on how to treat children. Jesus showed tender loving compassion…
View Post