We read the term perfect used in the first verse in the book of Job:

“There was a man in the land of Uz, whose name was Job; and that man was perfect and upright, and one that feared God, and eschewed evil” (Job 1:1).

Today a definition of perfect is “having all the required or desirable elements, qualities, or characteristics; as good as it is possible to be.” This word in the Hebrew is tam does not necessarily imply absolute sinlessness. It signifies, rather, completeness, integrity, sincerity, but in a relative sense. The man who is perfect in the sight of God is the man who has reached the degree of development that Heaven expects of him at any given time.

Use in the Bible

The Hebrew term tam is equivalent to the Greek teleios, which is often translated perfect in the NT but which is better translated “full grown” or “mature” (1 Cor. 14:20, where teleioi is translated “men” in contrast with “children”).

The Hebrew word tōm, translated in Job 1:1 as perfect, has a number of different usages. The word, or one of its derivatives, is used in Genesis 17:1 where God told Abraham to “be perfect.” And all Israel was instructed to “be perfect” in verses such as Deuteronomy 18:13, 2 Samuel 22:33, and Psalm 101:2,6.

Similar to the definition shared, the Hebrew word in Job 1:1 was used to describe a person who was attempting to follow God’s commandments to the best of his ability. Job was straight, just and right in his loyalty and devotion to God. Job was placed on himself a test that would prove to be a public testimony, both to us and the universe. He set an example to trust in the Lord, despite circumstances. 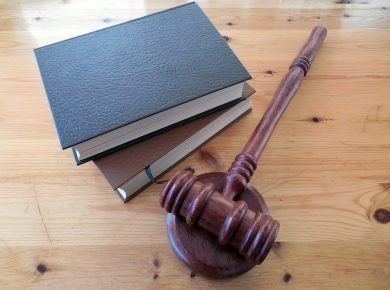 This answer is also available in: العربية Français हिन्दीThe Lord in His great mercy placed powerful promises in His Word for the innocent believers to claim as they go to…
View Answer

This answer is also available in: العربية Français हिन्दीRomans 13:1 states, “Let every soul be subject unto the higher powers. For there is no power but of God: the powers…
View Answer