“At the time of the end the king of the South shall attack him; and the king of the North shall come against him like a whirlwind, with chariots, horsemen, and with many ships; and he shall enter the countries, overwhelm them, and pass through. He shall also enter the Glorious Land, and many countries shall be overthrown; but these shall escape from his hand: Edom, Moab, and the [s]prominent people of Ammon.

He shall stretch out his hand against the countries, and the land of Egypt shall not escape.  He shall have power over the treasures of gold and silver, and over all the precious things of Egypt; also the Libyans and Ethiopians shall follow at his heels. But news from the east and the north shall trouble him; therefore he shall go out with great fury to destroy and annihilate many. And he shall plant the tents of his palace between the seas and the glorious holy mountain; yet he shall come to his end, and no one will help him” (Daniel 11:40-45).

In the above passage, the King of the North referred to ancient Babylon (type) because it was north of God’s people in Judah. And the King of the South referred to Egypt (type) because it was south of Judah. This vision started in the days of the prophet Daniel in a local scale and got fulfilled to Judah (Type). But it also has a future fulfillment in end of time affecting spiritual Israel in a universal scale (Anti-type).

Fulfillment of prophecy at the end of time: anti-type

The King of the North, at the end of time, would be spiritual Babylon (Revelation 17-18). Reformers and Bible scholars of ages past have identified the king of the North with the Roman Catholic system or the Papacy: https://bibleask.org/why-said-that-revelation-17-identifies-the-papacy-as-babylon/

The king of the South (Geographically Egypt) didn’t acknowledge JAHWE. For Pharaoh said, “Who is the LORD, that I should obey his voice“ (Exodus 5:2). And he enslaved the Hebrews and didn’t not give them the right to worship their God according to their conscious. However, he did not force them to worship Egyptian deities. Therefore, the spiritual king of the south, at the end of time, will be secularism.

The actions of the king of the North

1-The Bible teaches that the King of the North will attack God’s covenant. “his heart shall be moved against the holy covenant” (Daniel 11: 28). God’s covenant is the Ten Commandments. “He proclaimed to you his covenant, which he commanded you to keep: the Ten Commandments, which he wrote on two tablets of stone” (Deuteronomy 4:13). How has the king of the North or the papacy attack God’s covenant in Exodus 20:1-17? The papacy has omitted the second commandment against veneration of images and has transferred the sanctity of the seventh day to the first day in the fourth commandment. Also, it divided the tenth commandment into two commandments.

2- Magnify himself. “Then the king shall do according to his own will: he shall exalt and magnify himself above every god, shall speak blasphemies against the God of gods” (Daniel 11:36-38 also Daniel 8:11, 25; 2 Thessalonians 2:4; Revelation 13:2, 6; 18:7. ). The king of the North would speak “pompous words” of blasphemy “against [God].” Blasphemy has two definitions in Scripture:

The Papacy claims to forgive sins. Let’s look at their literature: “Does the Priest truly forgive the sins, or does he only declare that they are remitted? The Priest does really and truly forgive the sins in virtue of the power given to him by Christ.” Joseph Deharbe, S.J., A Complete Catechism of the Catholic Religion (New York: Schwartz, Kirwin & Fauss, 1924), p. 279.

The alliance of the two kings

Anciently, the King of the South and North waged war at each other (v. 40). But later on, they made an alliance to oppose God’s people. “Both these kings’ hearts shall be bent on evil, and they shall speak lies at the same table; but it shall not prosper, for the end will still be at the appointed time” (Daniel 11:27).

At the end of time, all the forces of religio-political and secular entities will join to destroy God’s people. Jesus warned, “Then they will deliver you up to tribulation and kill you, and you will be hated by all nations for My name’s sake…” (Matthew 24:9-13).

The tidings that trouble the King of the North

“But news from the east and the north shall trouble him; therefore he shall go out with great fury to destroy and annihilate many.” (Daniel 11: 44) Tidings mean news or information that will reveal the end of the king of the North. The word “east” designates the place where Christ will come again (Matthew 24:27). And the word “north” designates the place where God’s throne is located (Isaiah 14:13). Thus, Christ will come from heaven from the east to end the wicked kingdoms of the earth. And He will deliver His faithful children. “Behold, I am coming quickly, and My reward is with Me, to give to every one according to his work” (Revelation 22:12).

Table of Contents Isaiah’s prophecy:Man of sorrowTo redeem mankindPeace with God This answer is also available in: العربية हिन्दीIsaiah’s prophecy: “He is despised and rejected by men, A Man of…
View Answer 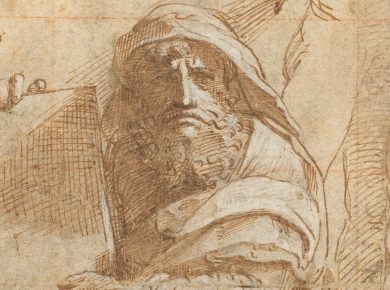 Table of Contents HoseaA historical back groundThe prophet’s call to repentanceThe book of Hosea This answer is also available in: العربية हिन्दीHosea The prophet Hosea authored the book that bears…
View Answer