Spiritualism is the belief that the spirits of the dead can communicate with the Living. This belief goes back to the dawn of human history. It can be traced to the ancient civilizations of Egypt, Assyria, Babylon and then later to medieval Europe. In the United States of America Spiritualism appeared in the 1800’s.

The very first reference to death occurs in the book of Genesis. In Eden, Eve faced Satan, who spoke to her through the serpent. That’s the beginning of spiritualism.  God had placed two different trees in the garden. One was called the tree of life, which bore fruit that gave immortality to those who ate it. The other was the forbidden tree which was called the tree of knowledge of good and evil.

Adam and Eve were warned by God that eating form this forbidden tree would result in their deaths. “And the Lord God commanded the man, saying, “Of every tree of the garden you may freely eat;  but of the tree of the knowledge of good and evil you shall not eat, for in the day that you eat of it you shall surely die” (Genesis 2:16,17).

However, Satan tempted Eve saying. “you will not surely die” (Genesis 3:4). He assured her that even if she ate of the tree of the knowledge of good and evil, she would not experience death, contradicting God’s command. Sadly, Eve fell for his lie, and many today are still falling for the same lie. The majority of people still today believe that when you die you simply continue on living in another form of life.

If the dead are really dead, then who do you think is speaking to people in, apparitions, seances, and through psychics? It can’t be their loved ones, because they are in the grave. Thus, we see that spiritualism is based on a pretender. The greatest danger in trying to communicate with the dead is that people can begin a relationship with disguised demons. For the Bible says that ‘Satan himself transforms himself into an angel of light” (2 Corinthians 11:14).

Evil spirits will try to undermine the authority of the Bible because it’s teachings will expose them for who they really are. It should be noted that demons will present a very different image of God than what the Bible shows, God is loving, but the devils will make Him appear as unfair and vindictive causing people to fear Him and as a result the will not want to have a relationship with their Creator.

God warned people to test the spirits saying “To the law and to the testimony! If they do not speak according to this word, it is because there is no light in the” (Isaiah 8:20). When humans ignore this Bible test, they become vulnerable to destructive lies of the devil. Spiritualism is so important to the devil because it uses an “authoritative” channel to make people listen to directly to the devil’s deadly lies.

God asks men questions when He already knows everything. Because God is sovereign over His creation, whether visible or invisible, He has to be all-knowing. God is omniscient (1 John…
View Answer 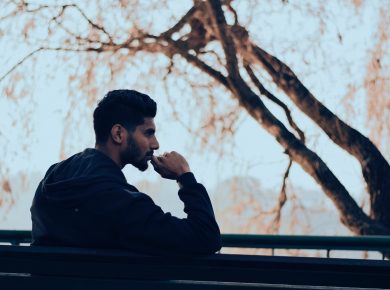 Some wonder if it is possible for sin to start again in God’s Universe after the final judgment. What does the Bible say about that? The Lord assures His children…
View Answer