Question: What does the Bible tells us about King Hezekiah’s sucess and failure?

When Hezekiah began his rule, the land needed much reformation and revival from idolatry. So, he destroyed the pagan altars, idols, and temples including the bronze serpent that Moses had made in the desert (Numbers 21:9) because the people had made it an idol (2 Kings 18:4). He opened the doors of the temple in Jerusalem, he reestablished the Levitical priesthood (2 Chronicles 29:5), and observed the Passover feast according to the Mosaic law (2 Chronicles 30:1).

The Lord was pleased with Hezekiah and blessed him greatly for he “held fast to the Lord and did not stop following him; he kept the commands the Lord had given Moses. And the Lord was with him; he was successful in whatever he undertook” (2 Kings 18:6–7). The prophets Isaiah and Micah ministered in Judah during the king’s reign.

In 701 BC, the Assyrians, attacked Judah and headed toward Jerusalem. These enemies had subjugated the northern kingdom of Israel and now they wanted to overcome Judah (2 Kings 18:13). And they publicly defied the God of Israel claiming that He will not be able to deliver His people from foreign oppression (2 Kings 18:28–35; 19:10–12).

So, Hezekiah sent an urgent message to Isaiah seeking God’s help (2 Kings 19:2). The Lord, answered him saying that the king of Assyria will not enter or harm Jerusalem (2 Kings 19:32–34). Hezekiah went to the temple and prayed: “Now, Lord our God, deliver us from his hand, so that all the kingdoms of the earth may know that you alone, Lord, are God” (2 Kings 19:19). The present emergency was an opportunity for God to manifest His power before the nations of earth. By God’s saving Jerusalem from Sennacherib, Assyria would be humbled and the nations would know that Jehovah was supreme.

And God’s Word was fulfilled for “That night the angel of the Lord went out and put to death a hundred and eighty-five thousand in the Assyrian camp. When the people got up the next morning—there were all the dead bodies!” (2 Kings 19:35). And the rest of the army fled in defeat. “Thus the LORD saved Hezekiah and the inhabitants of Jerusalem from the hand of Sennacherib the king of Assyria, and from the hand of all others, and guided them on every side” (2 Chronicles 32:22).

Later, Hezekiah became very sick and Isaiah told him to set his house in order for he will die (2 Kings 20:1). But Hezekiah prayed earnestly that God may spare his life and that He may remember how the king was faithful to Him. So, before Isaiah left the house of the king, God told Isaiah that He has heard the prayer of Hezekiah and He will add fifteen more years to his life.

Babylonian astronomers noticed that this sundial miracle had taken place (2 Chron. 32:31). So, they sent envoys to Jerusalem to congratulate Hezekiah and to learn more about the God who could perform such miracles. But Hezekiah committed a foolish act. In pride, Hezekiah instead of praising and glorifying God for His miraculous powers, he showed the covetous Babylonians all of his treasures. So, Isaiah rebuked Hezekiah for his foolish act and prophesied that all what the king had shown the Babylonians would be carried away to Babylon including Hezekiah’s own children.

Manasseh was the successor of Hezekiah. But he didn’t follow in the path of his father and became the most wicked king that ever ruled in Judah (2 Kings 18—20; 2 Chronicles 29—32; Isaiah 36—39).

Hezekiah was faithful to God and fair with his people, and as a result he prospered, and the nation prospered with him. The best insurance for prosperity is righteousness, justice, and integrity. Many kings who had started well forsake God during the course of their reigns; for example, Solomon (1 Kings 11:1–11), Joash (2 Chron. 24:17–25), and Amaziah (2 Chron. 25:14–16). Hezekiah, too, fell into error (2 Kings 20:12–19), but he never left God and did what he can to lead the people back to worship of the true God. 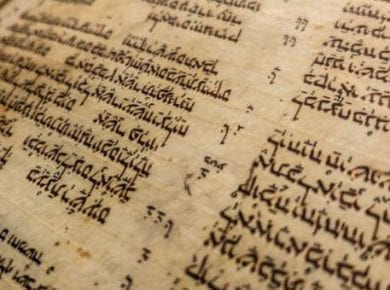 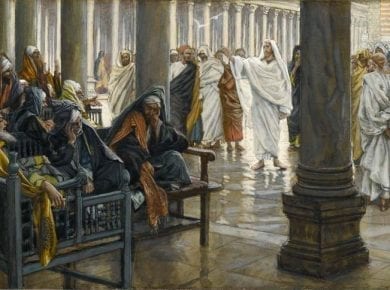 This answer is also available in: हिन्दी We read in the Bible that scribes were the official scholars of the oral and written law and the instructors and interpreters of…
View Answer