This chapter presents the parable of the two eagles and a vine (Ezekiel 17: 1-10), God’s judgment upon Jerusalem for revolting from Babylon to Egypt (Ezekiel 17: 11-21), and God’s promise to plant the cedar of the gospel to reach the entire world (Ezekiel 17: 22).

The seed of the land was Zedekiah, whom Nebuchadnezzar made king in Jehoiachin’s place. Jehoiachin was removed, perhaps because of his pro-Egyptian stand. It was hoped that Zedekiah, a vassal of Babylon, would remain faithful to them.

The Jewish state under Zedekiah was permitted by the Babylonians to prosper but be a dependent kingdom. Zedekiah had sworn to acknowledge Nebuchadnezzar’s ruler-ship (2 Chronicles 36:13). And Nebuchadnezzar hoped that Israel as a successful kingdom might become a buffer state between him and Egypt. But although Zedekiah had pledged loyalty to Babylon (2 Chronicles 36:13; Ezekiel 17:14), he sought the help of Egypt. The phrase, “another great eagle refers to Hophra, of Egypt (Jeremiah 44:30).

The prophet Jeremiah tried to persuade Zedekiah not to ally with Egypt (Jeremiah 37:7) for that would result in the total ruin of Judah. For at this time, it was God’s will that the Jews should be subject to the yoke of Babylon (Jeremiah 27:12) as a punishment for their apostasy.

Later on,  the Lord Himself promised to bring His people back from exile. He planned to interpose and take a branch of the cedar and plant it upon the “mountain of the height of Israel.” This prediction is clearly about the Messiah (Ezekiel 17: 22). But the failure of the remnant of Israel to follow God’s ways which led them to crucify the Messiah made necessary to transfer His call and covenant to the Christian church (1 Peter 2:9; Deuteronomy 10:15). Thus, the New Testament Church became the new nation through which God would spread the gospel to the world (Matthew 21:33–46). 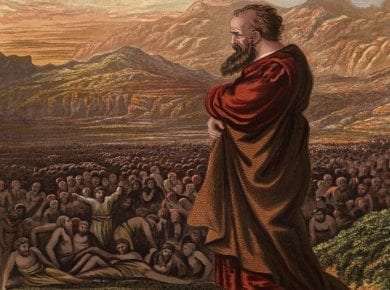 History shows that every time a church worked on legislating religious laws to enforce faith, persecution and murder resulted. The dark Ages are a proof that forced religion is not God’s way.…
View Answer