There is overwhelming evidence of Jesus in Roman history and for the existence of Jesus Christ in secular history. Here are some of these references:

1-Tacitus wrote: “Christians” (from Christus, which is Latin for Christ), who suffered under Pontius Pilate during the reign of Tiberius. Suetonius, chief secretary to Emperor Hadrian, wrote that there was a man named Chrestus (or Christ) who lived during the first century (Annals 15.44).

2-Flavius Josephus in his Antiquities, referred to James, “the brother of Jesus, who was called Christ.” There is a controversial verse (18:3) that says, “Now there was about this time Jesus, a wise man, if it be lawful to call him a man. For he was one who wrought surprising feats….He was [the] Christ…he appeared to them alive again the third day, as the divine prophets had foretold these and ten thousand other wonderful things concerning him.” One version reads, “At this time there was a wise man named Jesus. His conduct was good and [he] was known to be virtuous. And many people from among the Jews and the other nations became his disciples. Pilate condemned him to be crucified and to die. But those who became his disciples did not abandon his discipleship. They reported that he had appeared to them three days after his crucifixion, and that he was alive; accordingly he was perhaps the Messiah, concerning whom the prophets have recounted wonders.”

3-Julius Africanus quoted the historian Thallus in a discussion of the darkness which followed the crucifixion of Christ (Extant Writings, 18).

4-Pliny the Younger, in Letters 10:96, wrote of early Christian worship practices and that Christians worshiped Jesus as God and were very ethical practicing the Lord’s Supper.

5-The Babylonian Talmud (Sanhedrin 43a) confirms Jesus’ crucifixion on the eve of Passover and the accusations against Christ for practicing sorcery and encouraging Jewish apostasy.

6-Lucian of Samosata was a second-century Greek writer who admitted that Jesus was worshiped by Christians, introduced new teachings, and was crucified. He said that Jesus’ teachings included the brotherhood of believers, the importance of conversion, and the importance of denying other gods. He added that Christians lived according to Jesus’ laws, believed themselves to be immortal, and were characterized by no fear of death, voluntary self-devotion, and renunciation of material riches.

7-Mara Bar-Serapion affirmed that Jesus was accepted as a wise and virtuous man, esteemed by many to be the king of Israel, was put to death by the Jews, and lived on in the teachings of His followers. 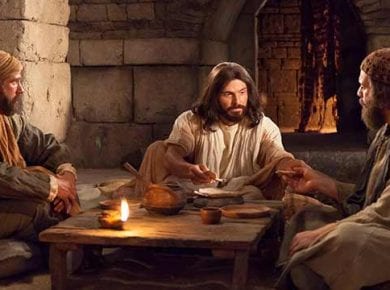 This answer is also available in: हिन्दीSome claim that according to Philippians 2:6,7, Christ “emptied Himself” of deity when He was born on earth. Paul wrote that Jesus, “emptied Himself,…
View Answer

This answer is also available in: हिन्दीJesus said, “I am the way, the truth, and the life. No one comes to the Father except through Me” (John 14:6). Jesus is…
View Answer