About Jacob and Esau the Bible says, “But the children struggled together within her; and she (Rebekah) said, “If all is well, why am I like this?” So she went to inquire of the Lord. And the Lord said to her: “Two nations are in your womb, two peoples shall be separated from your body; one people shall be stronger than the other, and the older shall serve the younger.” So when her days were fulfilled for her to give birth, indeed there were twins in her womb. And the first came out red. He was like a hairy garment all over; so they called his name Esau. Afterward his brother came out, and his hand took hold of Esau’s heel; so his name was called Jacob. Isaac was sixty years old when she bore them” (Genesis 25:22-26, brackets added).

Isaac and Rebekah had been married for 19 years (vs. 20, 26), and were still childless. So, Isaac prayed because he decided to rely on God rather than to trust his own ways, as had Abraham (Genesis 16:3). The Lord answered his prayer and Rebekah became pregnant. But she experienced complications and she became fearful. So, she sought the Lord for an explanation.

The Lord revealed to Rebekah that she had twins and what their future would be like. Already, it seemed, they were struggling for the supremacy in her womb. God’s insight into the characters of Esau and Jacob and His foresight into their future made possible His selection of Jacob as inheritor of the birthright and progenitor of Christ even before his birth (Romans 8:29; 9:10–14).

The first child was red or ’admoni, probably the root from which the name Edom was derived (v. 30). The child’s excessive body hair, known medically as hypertrichosis, already noticeable at birth. And the parents named him Esau. The second child was called Jacob which is the Hebrew word for “heel,” ‘aqeb, which means “to take by the heel,” figuratively, “to deceive” which foretold his character and destiny.

The angel’s prediction was fulfilled in the later history of Esau’s and Jacob’s descendants, the Edomites and the Israelites . These two brother-nations were enemies. King David subjugated the Edomites (2 Samuel 8:14; 1 Kings 11:16), and King Amaziah later defeated them (2 Kings 14:7; 2 Chronicles 25:11, 12). The Hasmonaean king John Hyrcanus I finally brought the Edomite independence to an end in the year 126 B.C. when he forced them to accept the rite of circumcision and the law of Moses, and to submit to a Jewish governor. 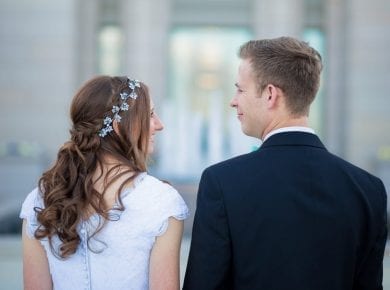 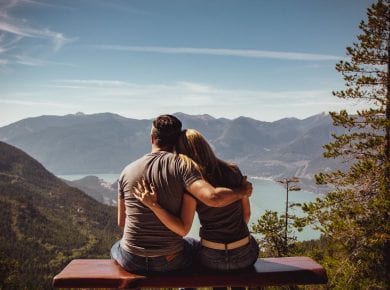