“Now John himself was clothed in camel’s hair, with a leather belt around his waist; and his food was locusts and wild honey” (Matthew 3:4).

After a 430 years of silence since the prophet Malachi, the Lord raised up a new prophet to restore Israel back to the right path. As prophesied, John came “in the spirit and power of Elias” (Luke 1:17). By his life style and clothing, John pointed the people to the messages of the ancient prophets.

John was a Nazarite from birth, and his simple life of abstinence was according to the requirements of that sacred vow (Luke 1:15; Numbers 6:3; Judges 13:4). Some have speculated that John was of the Essene sect, yet his life does not support this. Essenes withdrew from society and became ascetics. Although John spent considerable time alone in the wilderness, he was not an ascetic. He would go forth from time to time to mingle with men, even before the starting of his ministry. While there were at his time Essene communities in the wilderness of Judea along the western shore of the Dead Sea, there is no historical evidence that supports the fact that John was part of this austere sect.

Some have speculated that John wore camel’s hair, but in Matthew 3:4, we see that his garment was made of camel’s hair, roughly woven. His leather girdle was probably of sheep skin or goatskin, and worn about the waist to bind the long, flowing outer garment. John the Baptist wore the garb that resembled what the ancient prophets wore (2 Kings 1:8; Zechariah 13:4).

John’s plain dress was also a rebuke to the lavishness of his time, to the “soft raiment” worn “in kings’ houses” (Matthew 11:8). His attire was appropriate to his call of reformation against the wickedness that was prevalent. The “kingdom” John proclaimed was “not of this world” (John 8:23); his clothing resembled a stand against worldly materialism. John lived what he preached for the eternal “kingdom” of heaven.

Like his simple clothing, his diet consisted of simple food, locusts and wild honey. He showed that his abstemious diet is essential to the mental strength and spiritual insight necessary to be able to understand and practice the sacred truths of God Word. These characteristics were essential for a prophet and they are also important today for those who are to bear the Elijah end time message to the world.

This page is also available in: العربية (Arabic) हिन्दी (Hindi)“Do not be yoked together with unbelievers. For what do righteousness and wickedness have in common? Or what fellowship can light…
View Answer 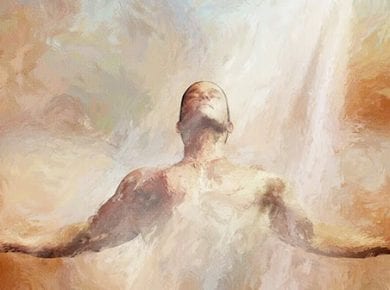 Table of Contents Adam’s creationEve’s creationThe unity of marriageCreated in God’s image This page is also available in: العربية (Arabic) हिन्दी (Hindi)Adam’s creation The record of Adam and Eve was…
View Answer