“And being in anguish, he prayed more earnestly, and his sweat was like drops of blood falling to the ground” (Luke 22:44 NKJV).

Luke is the only gospel writer that mentions this fact probably because he was a physician. This medical condition, according to Dr. Frederick Zugibe (Chief Medical Examiner of Rockland County, New York) is well-known. It is called “hematohidrosis.” “Around the sweat glands, there are multiple blood vessels in a net-like form.” Under the pressure of great stress the vessels constrict. Then as the anxiety passes “the blood vessels dilate to the point of rupture. The blood goes into the sweat glands.” As the sweat glands produce a lot of sweat, it pushes the blood to the surface – coming out as droplets of blood mixed with sweat.

Jesus was seized with superhuman agony in the garden of Gethsemane the night before the crucifixion day. The great weight of the sins of humanity was upon Him. And He knew that under this weight of sin, the Father would turn His face away from Him and thus He would endure separation from His Father.

His suffering can best be described in the words of the prophet, “Awake, O sword, against My shepherd, and against the man that is My fellow, saith the Lord of hosts” (Zech. 13:7). As He carried the sins of the world, He felt His unity with the Father broken up, and He feared that in His human nature He would be unable to endure the coming conflict with the powers of darkness.

Jesus was tempted to let the human race bear the consequences of its own guilt, while He stood innocent before God. The fate of humanity trembled in the balance. Christ could even now refuse to drink the cup apportioned to guilty man. It was not yet too late. He can wipe the bloody sweat from His brow and leave man to perish in his iniquity.

Jesus cried, “O My Father, if it be possible, let this cup pass from Me.” Yet even now He adds, “Nevertheless not as I will, but as Thou wilt” (Matthew 26:39). Three times He uttered that prayer through the night.

But, He sees the utter helplessness of man. The pain of a doomed world rise before Him and His decision is made. He will save man at any cost to Himself. And He accepts His baptism of blood. Through His sacrifice, millions will gain everlasting life. He left heaven, where all is purity, happiness, and glory, to save the one lost sheep, the one world that has fallen by sin. What infinite love! 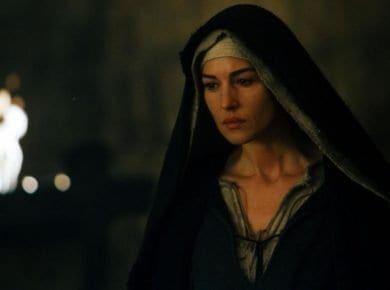 This answer is also available in: العربية हिन्दीGod gave us enough evidence to the divinity of Jesus Christ in both the Old and New testaments. Let’s examine the proofs: 1-Holy…
View Answer