Jezebel was the daughter of Ithobaal I of Sidon and the wife of Ahab, King of Israel (1 Kings 16:31). The king and the queen were both wicked before the Lord and led the people to idolatry and sin. Thus, “Ahab did more to provoke the LORD, the God of Israel, to anger than all the kings of Israel who were before him” (1 Kings 16:33).

Jezebel’s father was a high priest of Baal. Josephus calls him the priest of Astarte, who slew Pheles, king of Tyre, and founded a new dynasty and reigned over Tyre for 32 years (Against Apion. 1. 18). Jezebel’s priestly origin accounts for her fanatical devotion to spreading this false religion in Israel. After her marriage to Ahab, she cut off the prophets of the Lord (1 Kings 18:4). But Obadiah a faithful steward for Ahab saved 100 of God’s prophets by hiding them in a cave (1 Kings 18:13–14). And the king erected a house for Baal in Samaria and made an Asherah pole for pagan worship.

God’s Judgement on Jezebel and Ahab

In judgment to this apostasy, the Lord sent Elijah His prophet with a message saying, “As the LORD God of Israel lives, before whom I stand, there shall not be dew nor rain these years, except at my word” (1 Kings 17:1). Baal was worshiped as the source of life and blessing. But now Israel was to see that Baal could not provide these blessings. The drought lasted three years (James 5:17).

At the end of the drought, Elijah faced Ahab and the king said to him, “Is that you, you troubler of Israel?” (1 Kings 18:17). The truth was that the king and his wife were the reason of this drought and not the prophet. Elijah said to the king: “I have not made trouble for Israel . . . but you and your father’s family have. You have abandoned the Lord’s commands and have followed the Baals” (verse 18).

The contest on Mount Carmel was between the powers of God and the that of Baal. After the 850 priests of Baal prayed for their gods and self-mutilated themselves to end the drought, nothing happened. But when Elijah prayed to God, the Lord answered by sending a fire from heaven that devoured the sacrifice. At this point, Elijah killed the Baal prophets that led the people astray. And the Lord sent His rains from heaven as a sign of approval (1 Kings 18:16-46).

The end of Jezebel

Therefore, the judgments of the Lord against Ahab and his wife came to pass  (2 Kings 9- 10). Ahab was wounded in war and lost his life (1 Kings 22:34,35). And Jezebel fell from a window and died (2 Kings 9:30-37). The punishment that was visited upon Jezebel was a revelation to the Israelites that God was the great judge that will sentence those that lead His precious people astray.

In the NT, John the Revelator referred to Jezebel’s idolatry that existed in the church of Thyatira: “But I have this against you, that you tolerate that woman Jezebel, who calls herself a prophetess and is teaching and seducing my servants to practice sexual immorality and to eat food sacrificed to idols.” As applied to the Thyatira period of Christian history, the figure of Jezebel represents the power that produced the great apostasy of the medieval centuries (Dan. 7; Rev. 2:18). 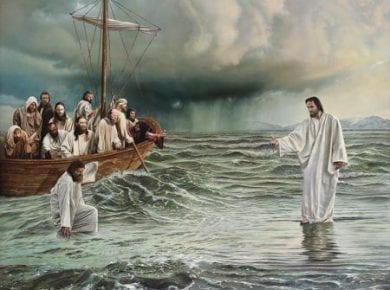 We must first look at the occasion where Peter walks on water,  to fully understand the significance of the incident. After Jesus fed the five thousand men and their families…
View Answer 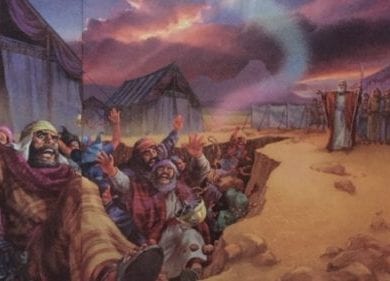 Korah is remembered for his rebellion against Moses. Korah was a descendant of Levi (Exodus 6:16, 18, 21; 1 Chronicles 6:37, 38). The Korahites encamped on the south side of…
View Answer