Annas (called Ananus by Josephus) was the son of Seth. Annas was appointed high priest by Quirinius, governor of Syria, about A.D. 6 or 7; deposed A.D. 14 or 15 by Valerius Gratus (Josephus Antiquities xviii. 2. 2), who preceded Pilate as procurator of Judea. Originally the office of high priest was supposed to be hereditary and thus for life, but under Herodian and Roman rule high priests were often appointed and deposed in rapid succession.

Annas had five sons, each of whom became high priest, as did also his son-in-law Caiaphas. The office was held by members of his family off and on for some 50 years after he himself was deposed. Though he no longer served as high priest during the ministry of Jesus, he was still considered the legitimate high priest by a majority of his countrymen.

Annas and Caiaphas were the two high priests during Jesus’ public ministry (Luke 3:2). After Christ was arrested in Gethsemane, He was brought to Annas for investigation (John 18:13; 19–23) and was afterward sent by him to the current high priest, Caiaphas. And the Sanhedrin was gathered for trial (Matthew 26:57).

During Jesus’ trial before Annas and Caiaphas, the Lord was falsely accused by witnesses who had conflicting reports (Mark 14:56). Getting frustrated, Caiaphas then asked Jesus “Are you the Messiah, the Son of the Blessed One?” (verse 61). Jesus answered, “I am. . . . And you will see the Son of Man sitting at the right hand of the Mighty One and coming on the clouds of heaven” (verse 62). At this point, Caiaphas tore his clothes and announced that Jesus had blasphemed and condemned to death (verses 63–65).

Annas’ hate to Jesus and persecution continued even after the resurrection of Christ and was placed on the Lord’s disciples as well for he questioned Peter and John for spreading the gospel (Acts 4:6). Annas’ old age was clouded by the atrocities committed in the Temple by insurgents during the war of A.D. 66–73 (Josephus War iv. 3. 78 [151–157]). 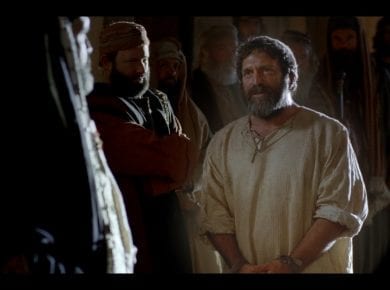 Stephen was not known to Rome since he was not a public figure like Jesus. And he didn’t have a background of opposing the Jewish religious leaders. Therefore, Rome would…
View Answer 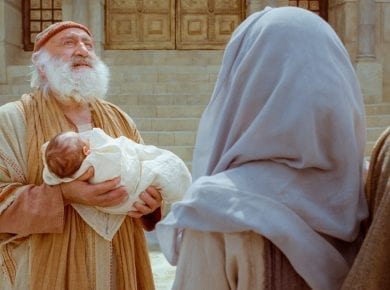 Simeon was an aged man (Luke 2: 25-29) who was given the assurance that he would live to see the Messiah. He was “devout,” and pious at heart, in respect…
View Answer