Home Health Who was the oldest man in the Bible?How old was he?

The oldest man to have ever lived according to the Bible is  Methuselah. Genesis 5:27 tells us that he lived to be 969 years old! The meaning of Methuselah is uncertain. Commentators have explained it variously as “man of military weapons,” “man of sending forth,” or “man of growth.”

Methuselah was Enoch’s son (Genesis 5:22). Enoch lived a short life of only 365 years (Genesis 5:23) and was translated to heaven (Genesis 5:24). The translation of Enoch was designed by God, not only to reward the piety of a godly man, but to demonstrate the certainty of God’s promised deliverance from sin and death.

And “Methuselah lived an hundred eighty and seven years, and begat Lamech” (Genesis 5:25).  The meaning of the name of his son Lamech is even more obscure. Methuselah the oldest man lived up to the year of the Flood.

And Lamech begat Noah (Genesis 5:30). In the hope that his first-born might be the promised seed, the redeemer for whose coming the faithful longingly waited, Lamech called his son Noah, which means “rest,” saying, “this same one shall comfort us.”

Lamech was a godly man who followed in the footsteps of his exemplary grandfather Enoch and his pious, long-lived father Methuselah. 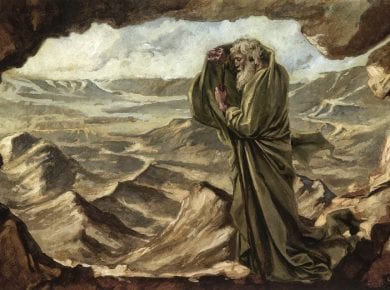 This page is also available in: हिन्दी (Hindi)Elijah’s depression is best expressed in his prayer to God when he said, “…I have had enough, LORD… “Let me die. I am…
View Post

This page is also available in: हिन्दी (Hindi)Bulimia is an eating disorder characterized by a cycle of binge eating and purging. Those who struggle with bulimia often feel helpless. But…
View Post