There are theories that the Ark of the Covenant is hidden. It is believed that the temple priests wanted to hide this priceless sacred article to protect it from desecration by the pagan invaders. The last time it was mentioned is in 2 Chronicles 35:3, during the reign of King Josiah.

Since the time Nebuchadnezzar destroyed Jerusalem, the Bible does not mention where the ark went. The Scriptures itemize all vessels that were captured by the Babylonians, but the ark itself is not mentioned among them. And the scriptures don’t report about it after the return from Babylon. The Apocrypha states that it could not be found when the Jewish people rebuilt the Temple at the time of Ezra and Zechariah.

A recently published book by Randall Price, entitled In Search of Temple Treasures, presents the various views on what might have happened to the Ark. Some of the theories place it outside of Israel, such as at Mt. Nebo, Egypt and even far-off Ethiopia.

Other theories suggest that the Ark was hidden in a cave beneath the Temple Mount in the very heart of Israel. Leen Ritmeyer, the most recognized archaeological architect in Biblical archaeology, proposed, in the January/February 1996 issue of Biblical Archaeology Review, a historical and archaeological evidence that suggested that the exact spot where the Ark of the Covenant rested is in the Temple in ancient Jerusalem.

The significance of the Ark likes lies in that it is where the supernatural presence of God dwelt and in turn symbolizes God’s throne in heaven (Hebrews 8:1, 2, 5). The Ten Commandments, the only document ever written by the finger of God (Exodus 31:18), is found inside the Ark (Deuteronomy 10:4, 5). But the mercy seat which was above them signified that as long as God’s people confessed and forsook their sins (Proverbs 28:13), God’s mercy would be extended to them through the blood which was sprinkled on the mercy seat by the priest (Leviticus 16:15, 16). The blood of the animal represents Jesus’ blood that was shed for us to bring us forgiveness of sin (Matthew 26:28; Hebrews 9:22). 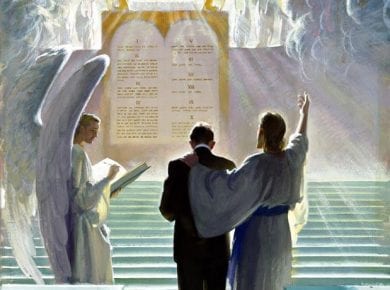 This answer is also available in: हिन्दी“Therefore by the deeds of the law no flesh will be justified in His sight, for by the law is the knowledge of sin”…
View Answer 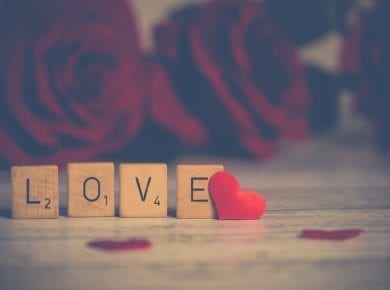 This answer is also available in: हिन्दीSome claim the Jesus did away with the Ten Commandments on the basis of the “new” commandments of love. But Christ said,“Do not think…
View Answer