The name Barnabas means “son of encouragement” (Acts 4:36,37). Barnabas reflected the attributes of his name in his relationship with Paul. For he was “a good man, full of the Holy Spirit and faith” (Acts 11:24). He supported and believed in Paul’s genuine character and true conversion. At the beginning, it was he that recommended Paul to the apostles in Jerusalem who didn’t fully know him after the Damascus road experience (Acts 9:26–27; Gal. 1:22).

Paul and Barnabas In Their First Missionary Journey

The Holy Spirit chose Paul and Barnabas to work together in evangelism (Acts 13:2). So, the church of Antioch sent them on their first missionary trip. Paul and Barnabas took with them John Mark as a helper. However, halfway through their journey, Mark left them (Acts 13;13). This caused disagreement between them later. After that, Paul and Barnabas traveled together through the island of Cyprus and the province of Asia teaching the good news of the gospel (Acts 13).

While Paul and Barnabas were still in Antioch, a prophet named Agabus (Acts 13:1) foretold of a famine. So the church decided to send help to the Judean believers (verses 27–29). Apparently, the collection was made, in consequence of the prophecy, before the famine itself came. The church sent Paul and Barnabas to deliver the supplies (verse 30). This famine was mentioned by the historian Josephus (Antiquities xx. 2. 5). Again, we see how the two evangelists worked side by side to relief God’s children.

The Disagreement Before the Second Missionary Journey

As Paul and Barnabas planned to go on their second missionary journey, they disagreed on whether or not to take Mark again. Barnabas wanted to take him but Paul did not think it wise to take him because he had deserted them in Pamphylia and had not continued with them in the work. They had such a sharp disagreement that they parted company (Acts 15:37-39). Later on, Barnabas traveled with John Mark, and Paul took Silas as his companion (Acts 15:36–41). The result was that two missionary journeys were done instead of one.

The Faithful Relationship Between Paul and Barnabas

Though Paul and Barnabas disagreed on who was to join them, there was no disagreement between them as to what work should be done in God’s vineyard. The truth is that Paul appreciated Barnabas and mentioned him in his epistles in 1 Cor. 9:6; Gal. 2:1, 9, 13; and Col. 4:10. In writing to the Corinthians (1 Cor. 9:6), he recorded that Barnabas had a noble example and worked with his own hands and didn’t receive support from the churches where he labored in.

Sometime after the unhappy incident at Perga (Acts 13:13), Mark re-adapted himself to meet the needs of the ministry. We learn from Col. 4:10 that Paul once more accepted John Mark as a fellow worker (Philemon 24). Paul recognized him as “helpful” in his ministry (2 Tim. 4:11). This shows Paul’s noble spirit for he held no grudge against Mark because of his previous failure (Acts 13:13; 15:37). And in turn, Mark assisted Paul during his first imprisonment in Rome and was a valuable asset during his last tragic ordeal. 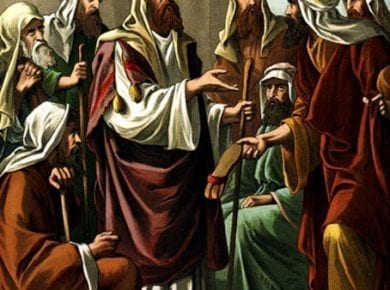 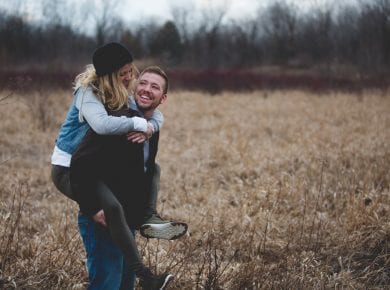 This answer is also available in: हिन्दीThe concept of soul mate suggests that there is only one perfect person for everyone. Those that promote this idea say that God created…
View Answer