Justification indicates the act by which a person is brought into a right standing with God. By this act, God clears a person who has been guilty of transgression and treats him as righteous. It means the annulment of charges against the guilty believer in the court of heaven. A person becomes justified when he accepts Christ as His personal Savior. Then, he is accounted righteous for Christ’s sake regardless of his past sins (Romans 3:28; 4:25; 5:1). The word justified is found 39 times in the New Testament and 27 of these are in the writings of Paul.

The two sides of justification

First, God does not impute sin for the sinner. That is, the Lord does not charge a sin against him. This is the forgiving of past sins. “Therefore being justified by faith, we have peace with God through our Lord Jesus Christ” (Romans 5:1). Second, God does impute righteousness to the sinner. “Abraham believed God, and it was accounted to him for righteousness…” (Romans 4: 3, 5, 6, 9, 11, 22).

These two sides of justification are united. To stress only the first and see justification as only pardon and forgiveness may steal from this process some of its power. The Lord does not only forgive the sinner but also imputes to him the righteousness of Christ.

God treats the justified as a son

God is concerned not simply with a person’s forgiveness but with renewing his relationship with Him. To view justification as simply forgiveness is to focus too much on the past. The Lord wants the sinner to realize that He has not only forgiven him but is ready also to cloth him in holiness. His past will not be held against him. From the moment of justification on, he is treated as a friend and a son.

“Behold what manner of love the Father has bestowed on us, that we should be called children of God! Therefore the world does not know us, because it did not know Him. Beloved, now we are children of God; and it has not yet been revealed what we shall be, but we know that when He is revealed, we shall be like Him, for we shall see Him as He is” (1 John 3:1, 2).

Then, the Lord grants a fresh, new beginning to the sinner. In that sense, He has done everything possible for the sinner’s full reconciliation. This knowledge by faith motivates the sinner with resolve to meet life’s trials. For he knows that the sinless character of Christ, which has been granted to him in justification, may from now on be given to him in sanctification.

The process of sanctification is a work of a lifetime. It is to change one’s sinful nature into one that is sinless and holy like Jesus (2 Thessalonians 2:13, 14). Thus, while justification deals mainly with the past, it is the start of a bright future. It signifies not only the end of a life of enmity and rebellion, but also, and even more importantly, the start of a new life of faith, love and faithfulness to God (Acts 26:18). 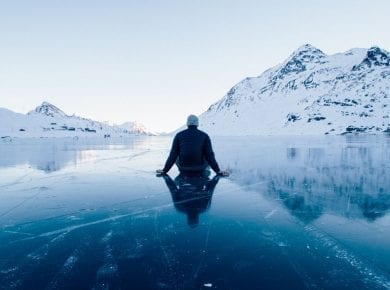 This answer is also available in: العربية हिन्दीAbout the unforgivable sin, Jesus said, “All manner of sin and blasphemy shall be forgiven unto men: but the blasphemy against the Holy…
View Answer