Skeptics mocked the idea that Moses could have written the Pentateuch in Hebrew during the second millennium B.C., convinced that Hebrew writing didn’t exist at that time. Those who admitted that Moses might have written part of the Pentateuch, or certain experiences such as this one, thought that he must have used either Egyptian hieroglyphic script or Babylonian cuneiform.

According to the evidence the first alphabetic form of writing was invented—if not in Phoenicia or southern Palestine—in the very region of Sinai where Moses received the command to write the story of Amalek’s defeat in a book (Exodus 17:14). In 1916 Dr. Alan Gardiner published his first attempt to decipher inscriptions found some ten years earlier by Sir Flinders Petrie which the Egyptian copper mines of the Wadi Magâra on Sinai. Later expeditions have increased the number of inscriptions from that place, and the combined labor of a number of outstanding linguists has succeeded in deciphering this previously unknown script. These inscriptions show the amazing fact that they constitute the earliest attempts at composing a Semitic script, which consisted of about 25 characters.

The makers of this alphabet were probably Canaanites who worked for the Egyptians in mines in Sinai. These used certain Egyptian hieroglyphs to express abstract phonetic sounds instead of concrete objects. This was a great invention. We still use a modified form of the alphabetic script invented probably on the Sinai Peninsula before the Exodus. For example, the letter b, is a direct descendant of the first character used at Sinai for that sound. 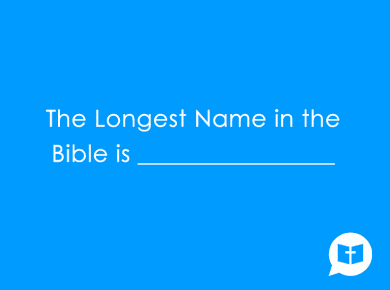 The longest name in the Bible is Mahershalalhashbaz which is found in Isaiah 8:1 and 8:3. It belongs to the name of the child born of Isaiah and ‘the prophetess.’…
View Answer 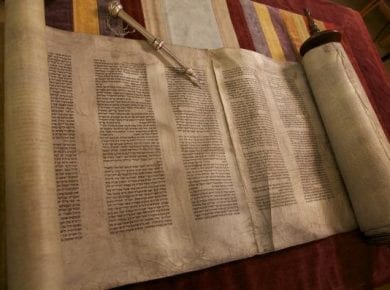 The word canon stands for the divinely inspired books of the Bible. The books of the Old Testament were selected by Jewish scholars by 250 AD without much debate except…
View Answer