Further, rabbinical tradition applied the term “gods” to those who received the law: “The Israelites accepted the Torah only so that the Angel of Death should have no dominion over them “I said, “You are gods, and all of you are children of the Most High. But you shall die like men, and fall like one of the princes” (Ps. 82:6, 7) (Talmud ‘Abodah Zarah 5a, Soncino ed., p. 21).

In addressing the religious leaders of His time, “Jesus answered them, “Is it not written in your law, ‘I said, “You are gods”’?”  (John 10:34). Jesus Himself explains that the word “gods” here refer to the leaders of the law by adding, “He called them gods, to whom the word of God came and the Scripture cannot be broken…” (John 10:35). Jesus here leaves no doubt as to what He meant by His word “gods.”

Jesus was making this statement in response to the Jews who were accusing Him of blasphemy.  He answered them saying, if the Scriptures called the Israelites leaders “gods,” how could the Jews accuse Him of blasphemy for claiming to be the Son of God? Sadly, the hate that the religious leaders had for Jesus blinded their eyes and in their darkness they rejected the gift of God.

In John 10:34, Jesus was quoting Ps. 82:6. This psalm is an arraignment of unjust judges, spoken of as “gods” who were ruling over Israel. This Psalm was written at a time when there was much that was unjust and corrupt in the administration of justice.

Jesus was God in an altogether different sense from that given in Ps. 82:6. Jesus was God in the flesh (John 1:1-3) and the Creator of all that is (Colossians 1:16). The miracles that Jesus performed were designed to provide the necessary basis of faith. Furthermore, the character of Jesus was wholly and perfectly consistent with that of the Father.

Table of Contents One GodGod the Father and the SonThe Holy SpiritAn order of authority This page is also available in: हिन्दी (Hindi)One God Our “One God” is revealed in…
View Answer 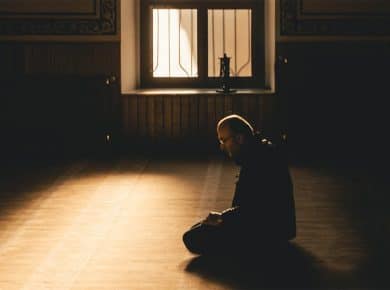 Table of Contents The model of the Lord’s PrayerIn Jesus’ NameIn the Holy SpiritConclusion This page is also available in: हिन्दी (Hindi)The Bible doesn’t teach that Christians should address their…
View Answer