The Greek definition of the word “witchcraft” is: pharmakeia, literally, “poison,” “magic potion,” “the administering of drugs,” and thus “sorcery” (Ex. 7:11), the supposed ability to produce magic spells.

Witchcraft is defined as a mixing of potions. Drugs and potions have traditionally been used in witchcraft to induce deeper subconscious states which enable persons to have fellowship and communication with demons. So, when a person mixes drugs such as marijuana, ecstasy, cocaine, etc., they unknowingly allow their minds to be open for demonic oppression and even possession.

Paul encountered the practice of sorcery at Ephesus (Acts 19:19). And he said to the Galatians, “Now the works of the flesh are manifest, which are these; Adultery, fornication, uncleanness, lasciviousness, Idolatry, witchcraft, hatred, variance, emulations, wrath, strife, seditions, heresies, Envyings, murders, drunkenness, revellings, and such like: of the which I tell you before, as I have also told you in time past, that they which do such things shall not inherit the kingdom of God” (Galatians 5:19-21- King James Bible).

Now, compare that same passage transliterated from the Greek text in the Heritage Bible and notice that witchcraft is translated as use of drugs: “And the works of the flesh are manifest, which are: Adultery, sexual promiscuity, uncleanness, lack of moral restraint, Idolatry, use of drugs, hatred, quarreling, jealousies, hard breathing, strife, dissensions, heresies, Envyings, murders, drunkenness, carousings, and the such like, which I tell you before, as I also said previously, that those practicing such things will absolutely not inherit the kingdom of God” (Galatians 5:19-21) Heritage Bible.

Ancient sorcery and modern Spiritualism have much in common. John includes sorcery among the sins of those who will be destroyed eternally by fire “But the cowardly, unbelieving, abominable, murderers, sexually immoral, sorcerers, idolaters, and all liars shall have their part in the lake which burns with fire and brimstone, which is the second death” (Rev. 21:8; also 9:21; 18:23).

This answer is also available in: العربية Français हिन्दीConcerning sexual activity, the British ethnologist and social anthropologist of Oxford and Cambridge Universities, J.D. Unwin, showed in his book, Sex and…
View Answer 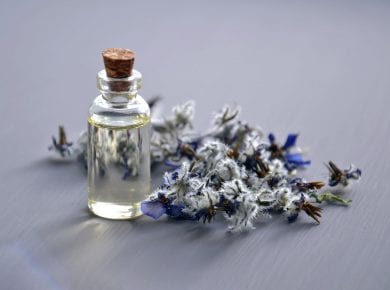 This answer is also available in: العربية Français हिन्दीThere are 27 references in the Bible for perfumes. The Bible does not speak against using perfumes. On the contrary, Proverbs 27:9…
View Answer