Carbon-14 is mostly used in carbon dating to date once-living things (organic material). Living organisms are continually integrating C-14 into their bodies from the cosmic rays in the atmosphere along with other carbon Isotopes. But when the organisms die, they stop incorporating new C-14, and the old C-14 starts to decay back into N-14 by emitting beta particles. The older the organism the less beta radiation it emits because its C-14 is steadily decreasing at a constant rate. So, if we measure the rate of beta decay in an organic sample, we can measure how old the sample is.

The decay rate of radioactive elements is described in terms of half-life. The half-life of an atom is the amount of time it takes for half of the atoms in a sample to decay. The half-life of 14C is 5,730 years. Because of the rapid rate of decay of 14C, it can only give dates in the thousands-of-year range and not millions. Radiocarbon doesn’t work well on objects much older than twenty thousand years for such objects have small amounts of C-14 left in them.

Carbon dating methods have three basic assumptions that may not necessarily be true:

1-The assumption that the starting point of dating is Zero. To start at Zero it is assumed that only the parent isotope be initially present or the amount of daughter isotope present at the beginning is known to be deducted. But no one actually knows the starting point conditions when things began to form to figure out its age.  Scientific literature shows that the zero starting point assumption is not always valid. For example, Volcanic ejecta of Mount Rangitoto (Auckland, New Zealand) was found to have a potassium-40 age of 485,000 years, yet trees buried within the volcanic material were dated with the carbon-14 method to be less than 300 years old. ( A. McDougall Polach and J.J. Stipp, “Excess Radiogenic Argon in Young Subaerial Basalts From Auckland Volcanic Field, New Zealand,” Geochemica et Cosmochemica Acta 33 (1969): 1485-1520).

2- The assumption that the rate of decay has remained constant over time. But the truth is that conditions may have been different in the past and could have influenced the rate of decay or formation of radioactive elements. Even if the rate of decay is constant, without knowing the exact ratio of carbon-12 to carbon-14 in the initial sample, the dating method is not valid. More than 50% of radiocarbon dates from geological and archaeological samples of northeastern North America have been unacceptable after investigation. (J. Ogden III, “Annals of the New York Academy of Science,” 288 (1977): 167-173).

3-The assumption that the sample was in a closed system where there was no loss of either parent or daughter isotope since the object formed. However, a closed system exists only when the sample is completely isolated from its environment when it was formed.

All radiometric dating methods are built on assumptions. If the assumptions are accepted as true (as done in the evolutionary dating processes), results can be biased toward a desired age of millions of years rather than the biblical account of a global Flood and young earth.

Table of Contents Biological evidenceGeological evidenceRadiometric datingAstronomical evidenceHuman history This answer is also available in: हिन्दीHere are some evidences from various fields of science to show the young age of…
View Answer 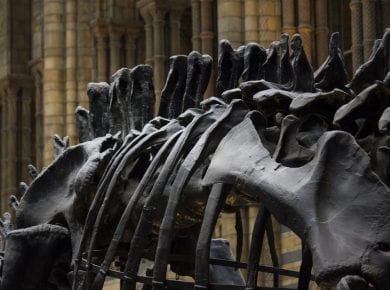