Genesis 19:30-38 describes a situation where two daughters used wine to get their father drunk so that they could get pregnant and continue his lineage.

From this passage we learn that Lot left Zoar, fearing that it too would be destroyed by fire like Sodom and Gomorrah. He hid with his two daughters in a cave in the mountains. Lot’s elder daughter, thinking all men in the world were destroyed by fire, suggested to her younger sister that they lay with their father in order to procreate. They believed that if they did not do that, humanity would become extinct.

The passage goes on to describe how the daughters got their father drunk with wine on two successive nights, and how they became pregnant without their father being aware of what was happening due to intoxication. The Bible record tells us that Lot “did not know when she lay down or when she arose” (v.35). Although Lot is not responsible for the action of his daughters, he did accept to drink the wine that was offered to him.

The last two chapters in Genesis 19 record how the older daughter gave birth to a son who she named Moab and the younger daughter had a son called Benammi. Their sons are described as founding the Moabite and Ammonite nations that became the continuous pagan enemies of ancient Israel.

In this story Lot’s daughters displayed the evil effects of Sodom. They grew up in a city where all forms of immorality were widespread; as a result, their judgment became corrupted and their conscience dull. Lot failed to protect his daughters from becoming victims of the Sodomites (v. 8), and he apparently didn’t instill in them the principles of right and wrong.

Lot made very poor decisions in his life. He chose to live in the city of Sodom instead of a simple life outside the cities for the sole purpose of gaining material prosperity. The few years he lived in Sodom resulted in the loss of his whole family and his possessions. And the wicked and idolatrous Moabites and Ammonites were his only posterity. Whereas Abraham, who chose to dwell outside the wicked cities, was preserved with his entire family and possessions, and more importantly, his legacy. 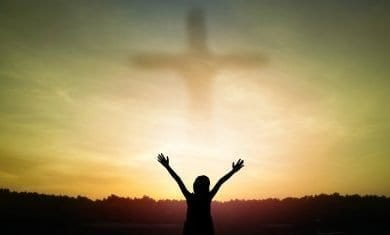 This page is also available in: हिन्दी (Hindi)Hallelujah comes from the Greek word Alleluia. In the Hebrew, it’s the combination of halal, to praise, and Yah which is short for…
View Answer

This page is also available in: हिन्दी (Hindi)People read the Bible today because it answers life’s most important questions. These questions are: Where did I come from? God created us…
View Answer