The name Easter is never mentioned in the original Scriptures. However, only the King James translation of the Bible does use the word. “And when he had apprehended him, he put him in prison, and delivered him to four quaternions of soldiers to keep him; intending after Easter to bring him forth to the people” (Acts 12:4). In Acts 12:4, Peter was arrested about the beginning of the Passover feast (the Passover meal was eaten during the night that began the 15th of Nisan), and the king’s intention was to sentence and punish him after the feast had come to an end on the 21st.

The Greek word that the King James Version translates as Easter is actually the word “Pascha” (Hebrew: Pesach) which means “ Passover” and this is how all accurate translations show it. As noted above, the whole paschal feast is meant, and not merely a single day of it.

The word Easter had pagan traditions. It is of Anglo-Saxon origin, derived from the Norse Eôstre, the goddess of spring, in whose honor a festival was celebrated each year at the time of the vernal equinox. Later, Easter appeared in Christian history in the 2d century. The ancient Roman Catholic Church mixed the celebration of Jesus’ resurrection with celebrations that involved spring fertility rituals in order to make Christianity more attractive to non-Christians. The Roman bishops urged that its celebration fall always on a Sunday (Eusebius Ecclesiastical History v. 23–25) a custom that doubtless contributed to the practice of weekly Sunday observance. 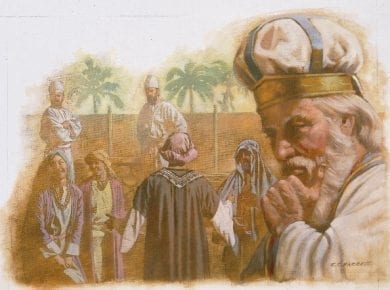 Table of Contents Hophni and Phinehas’ wickednessGod’s judgement against themEli failed to disciple his sonsThe death of Eli’s sons This page is also available in: हिन्दी (Hindi)Hophni and Phinehas were…
View Answer 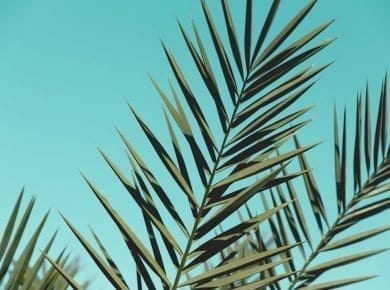 This page is also available in: हिन्दी (Hindi)In the New Testament, the word [hosanna], is the Greek spelling of the original Hebrew words [hoshiya na] or [yasha’na]. The only reference…
View Answer