Moses and Elijah both ascended to heaven, but they were not the only ones. They each played a critical role with God’s people and they’re presence at the transfiguration was meaningful.

Moses received a private resurrection by Jesus (Michael). “Yet Michael the archangel, when contending with the devil he disputed about the body of Moses, durst not bring against him a railing accusation, but said, The Lord rebuke thee” (Jude 9).

At the transfiguration of Jesus Christ, Moses and Elijah appeared. Peter, John, and James were given a preview of the second coming of Christ in His power and glory (Luke 9:28–32). Elijah appeared as a representative of the saints who will be translated without seeing death when Jesus comes. Moses appeared as a representative of the righteous who die and will be raised from their graves.

Paul writes about this: “For the Lord himself shall descend from heaven with a shout, with the voice of the archangel, and with the trump of God: and the dead in Christ shall rise first: Then we which are alive and remain shall be caught up together with them in the clouds, to meet the Lord in the air: and so shall we ever be with the Lord” (1 Thessalonians 4:16,17).

Others Taken to Heaven

Moses and Elijah were not the first to be taken to heaven, nor the last. Before there was Enoch who walked with God and was ascended to heaven.

An addition, there was a special resurrection when Jesus was resurrected. The Bible says many of those who slept rose and appeared to others.

“And came out of the graves after his resurrection, and went into the holy city, and appeared unto many” (Matthew 27:53).

These saints ascended to Heaven with Jesus, but that was not a universal resurrection (Ephesians 4:8). So, there are some, like Moses and Elijah, who are saved from this life who are in glory now. However, generally speaking, the mass exodus is going to be when the Lord descends from Heaven at the second coming.

This answer is also available in: العربية हिन्दीQuestion: Doesn’t Jesus teach that His followers will never see death? What death is He talking about? Answer: Most assuredly, I say to…
View Answer 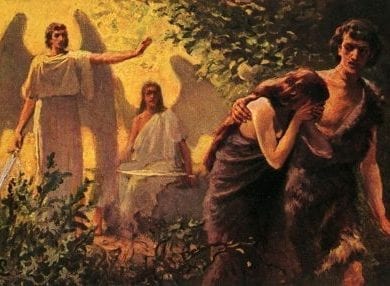