Speaking in tongues in the Scriptures mean “languages.” God gives all the gifts of the Spirit for a practical need. So, what was the need for the gift of tongues? The answer is to evangelize. “Go ye therefore, and teach all nations, baptizing them in the name of the Father, and of the Son, and of the Holy Ghost” (Matthew 28:19).

But how could the apostles go out preaching to all the world when they spoke only one or two languages? In order to fulfill the great commission. The Lord promised to give them a unique gift from the Holy Spirit. It was a miraculous, supernatural ability to speak foreign languages they had not formerly studied or known for the purpose of spreading the Gospel. “And these signs shall follow them that believe; … they shall speak with new tongues” (Mark 16:17).

1.Acts 2 – “When the day of Pentecost was fully come, they were all with one accord in one place. And suddenly there came a sound from heaven as of a rushing mighty wind, and it filled all the house where they were sitting. And there appeared unto them cloven [divided] tongues like as of fire, and it sat upon each of them. And they were all filled with the Holy Ghost, and began to speak with other tongues, as the Spirit gave them utterance” (Acts 2:1-4).

The day of Pentecost was a Jewish holy day that fell 50 days after Passover. Devoted Israelites would come from all over the Roman empire to worship in Jerusalem. God chose this timely opportunity to bestow this gift of tongues upon the disciples so they could preach to the visiting Jews in their native languages. At least 15 different language groups were represented in the crowd that day (Acts 2:9-11). As a result, thousands of these visitors were converted.

2. Acts 10 – “While Peter yet spake these words, the Holy Ghost fell on all them which heard the word. And they of the circumcision which believed were astonished, as many as came with Peter, because that on the Gentiles also was poured out the gift of the Holy Ghost. For they heard them speak with tongues, and magnify God” (Acts 10:44-46).

We can see that the only times the gift of tongues was associated with the outpouring of the Holy Spirit is when people from more than one language group were gathered together, thus creating communication barriers.  Therefore, it is clear that the purpose for speaking in tongues is not to babble unintelligible sounds, but rather to communicate the word of God. This is why Jesus said, “But ye shall receive power, after that the Holy Ghost is come upon you: and ye shall be witnesses unto me both in Jerusalem, and in all Judaea, and in Samaria, and unto the uttermost part of the earth” (Acts 1:8).

The whole purpose of tongues is to communicate the gospel.

For more on the gift of tongues and its use today, click here.

For more on the meaning of speaking in tongues, click here. 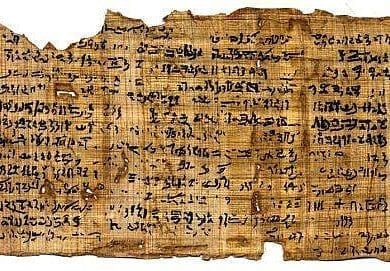 The Ipuwer Papyrus (officially Papyrus Leiden I 344 recto) is an ancient Egyptian papyrus made during the Nineteenth Dynasty of Egypt. This papyrus was interpreted by A.H. Gardiner in 1909. It is now held in the…
View Post 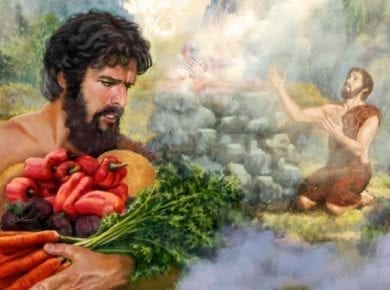 While Cain and Abel were among Adam and Eve’s first children, they were not their only children. Adam and Eve had many other children, and their children had children, etc. …
View Post