The scriptures teach that there be degrees of punishments and rewards at the second coming “For the son of man shall come in the glory of his Father with his angels; and then shall he render unto every man according to his deeds” (Matthew 16:27). Paul used similar words in Romans 2:5-7, “But after thy hardness and impenitent heart treasurest up for thyself wrath in the day of wrath and revelation of the righteous judgment of God; who will render to every man according to his works.” Solomon also said, “If thou sayest, ‘We knew not this,’ doth not he that weigheth the heart consider it? And he that keepeth thy soul, doth he not know it? And shall not he render to every man according to his work?” (Proverbs 24:12).

Jesus taught in Luke 19:11-27 and Matthew 25:14-30, that certain individuals receive more rewards depending on their use of the talents that they were given. The faithful servant who soundly invested ten pounds was awarded authority over ten cities. The second servant also was given in proportion to the degree with which he handled his responsibility. He wisely invested five pounds, and, therefore, was given authority over five cities.

The Bible plainly presents certain people being awarded a unique and exalted position in heaven. Revelation 15:3 notes that in heaven “they sing the song of Moses the servant of God, and the song of the Lamb.” A certain group of the heavenly host will sing a song about Moses. And in Revelation 21:14, John wrote that “the wall of the city had twelve foundations, and on them twelve names of the twelve apostles of the Lamb.” The apostles ultimately will occupy a place of greater preeminence in the heavenly abode.

About eternal torment, the Bible mentions those who will suffer to a lesser or greater degree. Those who are blessed with many opportunities to obey the gospel and still reject it will receive greater judgment than those who have little or no opportunity to accept Christ. Jesus said, “Woe unto thee, Chorazin! woe unto thee, Bethsaida! for if the mighty works, which were done in you, had been done in Tyre and Sidon, they would have repented long ago in sackcloth and ashes. But I say unto you, It shall be more tolerable for Tyre and Sidon at the day of judgment, than for you. And thou, Capernaum, which art exalted unto heaven, shalt be brought down to hell: for if the mighty works, which have been done in thee, had been done in Sodom, it would have remained until this day. But I say unto you, That it shall be more tolerable for the land of Sodom in the day of judgment, than for thee” (Matthew 11:21-24).

Also, the same truth is shared in Jesus’ parable of the wicked servant, as recorded in Luke 12:42-48, “And that servant, which knew his lord’s will, and prepared not himself, neither did according to his will, shall be beaten with many stripes. But he that knew not, and did commit things worthy of stripes, shall be beaten with few stripes. For unto whomsoever much is given, of him shall be much required: and to whom men have committed much, of him they will ask the more” (Matthew 12:47,48). In this parable, all the wicked will be punished; however, those limited in their opportunities to learn about Christ will be punished “with fewer stripes” than those who knew the truth and obeyed it not.

While the Bible teaches about degrees of reward in heaven and degrees of punishment in hell, the good news is that heaven’s offer of salvation is open to everyone (John 3:16; Romans 6:23). And the Lord is waiting to save all that accept His free offer. 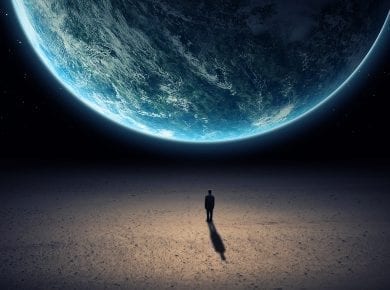 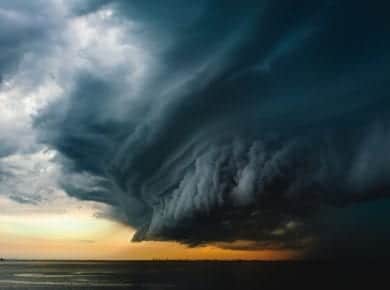 This page is also available in: हिन्दी (Hindi)Here are just a few of many positive signs that show we are living in the last days of earth’s history: 1-Great Earthquakes:…
View Answer