The story of Daniel in the lions’ den is mentioned in the book of Daniel chapter six. King Darius the Mede set over his kingdom one hundred and twenty satraps. Daniel was one of them.  And because Daniel had an excellent spirit, the king planned to set him over his whole kingdom. So, the other Jealous satraps tried to find a charge against Daniel’s work to get rid of him. But they could not, simply because he was faithful. However, Daniel’s enemies discovered that because he had different religious beliefs they could use this against him.

The plot against Daniel

So, they went to the king, and said: “King Darius, live forever!  All the governors of the kingdom… have consulted together to establish a royal statute … that whoever petitions any god or man for thirty days, except you, O king, shall be cast into the den of lions” (v. 6,7). And they asked the king to make the decree and sign the writing, so that it cannot be changed, according to the law of the Medes and Persians, which does not change (Esther 1:19; 8:8). And the old king agreed without recognizing the conspiracy to destroy Daniel.

When Daniel discovered that the writing was signed, he went home. And in his upper room, with his windows open toward Jerusalem, he knelt down on his knees three times that day as was his custom. He didn’t fear the decree for God was to him the source of all his wisdom and success in life.

When the governors saw that Daniel prayed to God, they went directly to the king accusing him of breaking the royal decree and that he does not show due regard for the king (v. 13). As the king heard their accusation of Daniel, he was greatly displeased with himself. For he saw the snare that had been set for him. And he realized that the whole plan had been fabricated, not to bring glory to his reign but to deprive him of a true friend and trustworthy governor.

Therefore, the king set his mind to save Daniel. To that end, he labored till sunset to deliver him. But the evil officials said to the king, “Know, O king, that it is the law of the Medes and Persians that no decree or statute which the king establishes may be changed (v. 14,15). Despite his fervent efforts, the king could find no legal loophole to save Daniel and at the same time keep the Median and Persian law.

Finally, he gave the order to cast Daniel into the lions den. But he said to Daniel, “Your God, whom you serve continually, He will deliver you (v. 17). Darius may have been acquainted with the miracles that God had performed in the days of Nebuchadnezzar and Belshazzar and thus he spoke with faith. Then, a stone was placed on the mouth of the den, and the king sealed it with his own signet ring and with the signets of his lords, that the judgement against Daniel might not be changed.

The king went to his palace and spent the night fasting; and no musicians were brought before him. And he could not sleep. And as soon as he arose at morning dawn, he went hastily to the lions’ den.  And he cried out with a sad voice saying, “Daniel, servant of the living God, has your God, whom you serve continually, been able to deliver you from the lions?” (v. 20). His words suggest that Daniel had instructed him concerning the nature and power of the true God.

Then, Daniel said to the king, “O king, live forever!  My God sent His angel and shut the lions’ mouths, so that they have not hurt me, because I was found innocent before Him; and also, O king, I have done no wrong before you” (v. 22).

So, the king was very happy and commanded that they should take Daniel up out of the den. And no injury whatever was found on him, because he believed in his God. The requirements of the royal decree had been met. That decree had not required the execution of the transgressor, but only that he “be cast into the den of lions” (v. 7). Then, the king commanded to throw the people who had accused Daniel into the den of lions with their children, and their wives as a punishment for their conspiracy (v. 24).

In consequence of the miraculous preservation of Daniel in the lions’ den, Darius gave out an edict commanding all the nations of his empire to fear and respect Daniel’s God. He wrote: “To all peoples, nations, and languages that dwell in all the earth: Peace be multiplied to you. I make a decree that in every dominion of my kingdom men must tremble and fear before the God of Daniel. For He is the living God, and steadfast forever; His kingdom is the one which shall not be destroyed, and His dominion shall endure to the end. He delivers and rescues, and He works signs and wonders in heaven and on earth, who has delivered Daniel from the power of the lions” (v. 25-27). 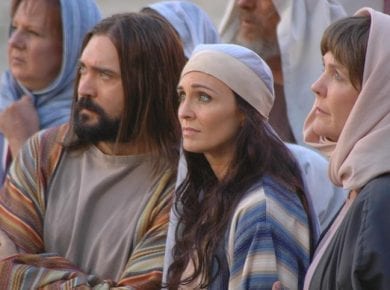 This page is also available in: العربية (Arabic) हिन्दी (Hindi)The Moabites were the descendants of Moab the son of Lot (Genesis 19:37) and the nephew of Abraham (Genesis 11:31). Although…
View Answer 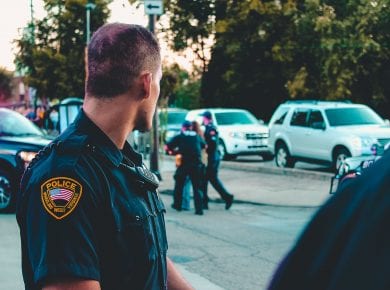 This page is also available in: العربية (Arabic) हिन्दी (Hindi)The apostles Paul and Peter gave clear council to the relationship of the Christian and the state: “Every person is to…
View Answer