Though God’s name does not appear in the entire book of Esther, His providence is manifest all through the chapters of this amazing story. All through the book of Esther, we see God working behind the scenes to save the Jewish nation. Esther’s guardian, Mordecai, said to her: “If you remain silent at this time, relief and deliverance for the Jews will arise from another place, but you and your father’s family will perish. And who knows but that you have come to your royal position for such a time as this?” (Esther 4:14).

In his question, Mordecai points to divine sovereignty without calling it such. God places people in specific situations at specific times to accomplish His desired will. The author showed that the deliverance of the Jews was a direct result of faith in God. Divine power was united with human effort.

The book of Esther showed that random circumstance could not just happen. For example, the incident when King Ahasuerus could not sleep, and his servant “just happened” to read the records of the time that Mordecai had saved the king’s life (Esther 6:1-3), is a clear evidence that this could not have happened by chance.

And although the book doesn’t mention God by name, it mentions that Esther prayed and fasted for three days before asking the king to save the Jewish people and she also asked the Jews to also do the same (Esther 4:16). We know that prayer and fasting is certainly a religious act associated with God’s worship.

It is also possible that the name of God was not mentioned in the book because the author of the book could have been Mordecai according to Jewish tradition. The author wrote the book in Persia while serving under King Ahasuerus (or Xerxes). By not mentioning the name of God, the author wanted the readers, who probably were pagan, to conclude for themselves without religious bias that the God of the Jews is the true God just by observing His miracles acts of providence.

The book of Esther serves as a reminder that we do not need to see God or read His name to know that He is there for He is “not far from each one of us” (Acts 17:27). God has proved His existence to all that are truly seeking His face in providence. 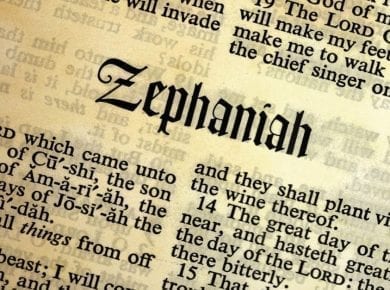 This answer is also available in: العربية Français हिन्दीZephaniah was one of the minor prophets of the Old Testament. The word Zephaniah means “Yahweh has hidden,” or “Yahweh has treasured.”…
View Answer 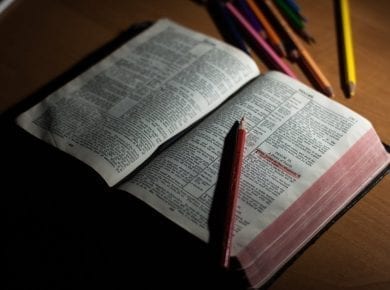 This answer is also available in: العربية Français हिन्दीAlthough the Bible is a perfectly harmonies easy to understand book, it does have some difficult passages. There are sometimes differences among…
View Answer