Bible commentators say that because Rachel was barren, for about six years before she conceived Joseph, she may have desired the possession of these idols as fertility charms. These images or teraphim (Judges 17:5; 18:14) were usually small human figurines two to three inches in length and often made of wood, clay, and precious stones (1 Samuel 19:13-16). Although some represented male gods, most were figurines of female deities. These gods were thought to promote fertility and health. Excavations in the Middle East have dug a large number of such artifacts.

Another possible reason could have been that Rachel wanted to ensure her inheritance in her father’s assets, which were already given to Laban’s sons. Records found at Nuzi in Mesopotamia show that in the patriarchal age the holding of the family’s household gods meant that the holder is entitled to his father’s properties (ANET 219, 220). Cuneiform texts from Nuzi in Mesopotamia also reveal that the household gods were inherited by the sons at the father’s death and not by the daughters. This was probably the main reason why Laban was so determined to have them back (Genesis 31:30, 33–35)

Rachel had no right to steal these idols. In so doing, she violated God’s commandments by having an idol (Exodus 20:4-6), coveting that which didn’t belong to her (v. 17), stealing (v.15), and lying to cover her act (v. 16). Jacob admitted to Laban that no one of his family had the right to steal the idols (Genesis 31:32).

Rachel should have realized that God was her only true Helper for He is the Creator. What could these idols do? She knew that Joseph was a ear answer to her prayer to God for children (Genesis 30:22). For after six years of being barren, God opened her womb and faith obtained what impatience and unbelief had before failed. 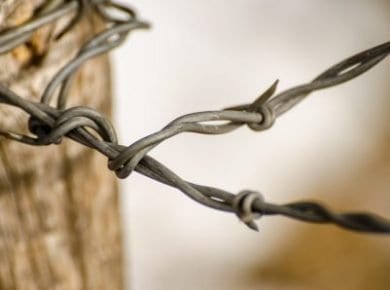 Ancient civilizations set borders between themselves using different methods. One way was by setting markers or border stones as physical markers that identify the start of a land boundary or…
View Answer