Peter said to the Jewish believers, “Now therefore, why do you test God by putting a yoke on the neck of the disciples which neither our fathers nor we were able to bear?” (Acts 15:10). Here, the apostle was talking about the yoke of requiring the gentile converts to keep the ceremonial law of Moses (specifically circumcision), by which the Jews tried to gain salvation. Likewise, the apostle Paul reiterated the same message to the Galatians which stressed not to be “entangled again with the yoke of bondage” (Gal. 5:1).

The Council of Jerusalem freed gentiles from Moses’ law

When Paul and Barnabas didn’t require the gentile converts to be circumcised, the Jewish believers demanded that those who joined the church by baptism, should be circumcised. And these Judaizers claimed that since circumcision was taught in the law, if it was rejected, the whole law would be violated. Thus, they were not ready nor willing to see the true relationship between Christ and the law.

But the Council of Jerusalem, consisting of the apostle and elders under the guidance of the Holy Spirit decreed, “that we should not trouble those from among the Gentiles who are turning to God, but that we write to them to abstain from things polluted by idols, from sexual immorality, from things strangled, and from blood” (Acts 15:19, 20).

The difference between God’s moral law and Moses’ law

The ceremonial requirements of the law of Moses were not intolerable. Only because the Jews lost sight of their real true meaning, making them a means to gain salvation, so that they became an unbearable yoke. In addition, the rabbis had added to God’s moral law of the Ten Commandments (Exodus 20:3-17) their own man- made traditions (Mark 7:8).  And these traditions had become an intolerable load.

For years Jewish Christians continued to observe the Temple rituals (the yearly 7 sabbath feasts, new moon holidays and circumcision), and even Paul himself did that when he was at Jerusalem (Acts 20:16; 21:18–26; Acts 18:19). But later it was shown to Paul that many of these rituals were “shadows” pointing to Christ and His ministry; once His mission was finished, they were no longer binding (Col. 2:11–20; Heb. 9:1–12). https://bibleask.org/bible-answers/89-what-was-abolished-by-christ/

The spirit of legalism that served as a wall between Jews and Gentiles needed to be abolished (Eph. 2:13–16). And now both groups can equally gain salvation through Christ and there was no need to keep the rituals of feasts and circumcision that identified the Jews as a nation (Rom. 10:11, 12; Col. 3:10, 11).

This page is also available in: हिन्दी (Hindi)Some have thought that tithing was part of Moses’ system of rites and ceremonies that ended at the cross. But the Bible clearly…
View Answer 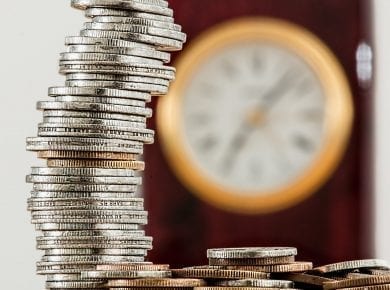